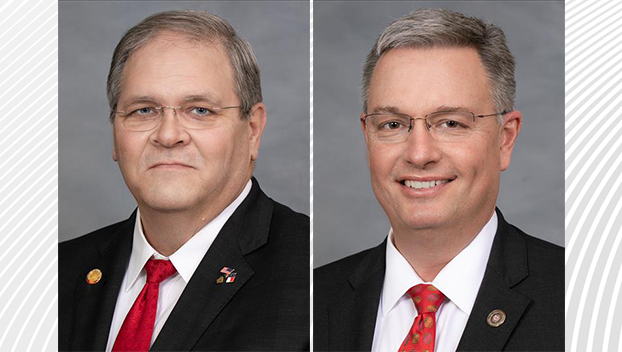 Beaufort County’s elected representatives in the NC General Assembly were appointed to committees this week, just before lawmakers return for the upcoming legislative session set to convene Wednesday, Jan. 25 in Raleigh.

Kidwell will serve as Senior Chair of the House Finance Committee.

“As the long session gets underway, I look forward to working with this bipartisan group of leaders to ensure an even stronger North Carolina,” said Moore. “We have a strong group of committee chairs this session, and I am confident that they will continue to propel our state forward and to the top of the pack.”

Senate Majority Whip Jim Perry (R – District 2) returns to Raleigh to represent Beaufort, Craven and Lenoir counties.
Perry was appointed to the following Senate committees for the 2023-24 legislative biennium: Commerce and Insurance, Health Care, Redistricting and Elections, Rules and Operations of the Senate, and the Joint Legislative Commission on Governmental Operations.

Perry will also serve as Chair of the Senate Finance Committee.

“Committees are an integral part of what the legislature does,” said Berger. “The committee meetings allow for debate, compromise, and public input, to produce legislation that becomes law. I want to thank all of the Senators for their willingness to bring their expertise to help create a better North Carolina.”

Murphy served on the committee during the last session and requested a waiver to be reappointed for the 118th Congress.

“North Carolina’s Third District is home to more than 89,000 veterans and three major military bases,” Murphy said. “It is only fitting that these communities are duly represented before the House Veterans’ Affairs Committee. By rule, and after having been selected for the House Ways and Means Committee, I had to relinquish my spot on the House Veterans’ Affairs Committee until the end of the last Congress. Therefore, I applied for a waiver to get back on the committee for this Congress and am elated that it was granted.”

Murphy has led a number of veterans’ initiatives in Congress, including the Camp Lejeune Justice Act, the Student Veterans Counseling Centers Eligibility Act and H.R. 6458.

“Our active duty and retired military are so critical for our nation and our district, and I am honored and grateful to once again be serving on this esteemed committee,” Murphy said. “Going forth, I will continue to be a vocal advocate for those who have served and sacrificed for this great nation.”