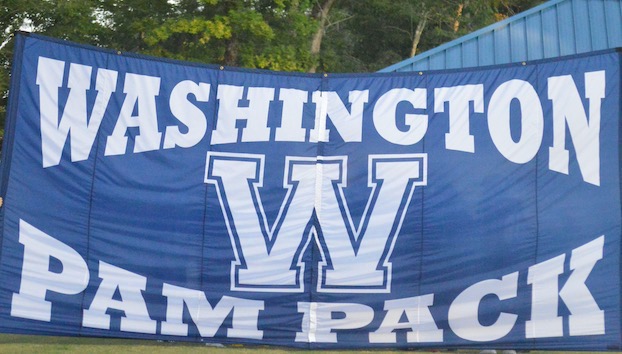 There are currently four classifications for high school sports in North Carolina. There could be seven in the not too distant future.

The North Carolina High School Athletic Association is expected to hold a vote of all 432 member schools next month to change their bylaws to add classifications.

The Association want the maximum number of schools to be 64 in each class, so that means expanding to seven. However, not all 432 schools offer every sport, so the math would work out to seven classes.

“I think it’s a great idea, but the hard part is getting every school to vote,” Washington High School football coach Perry Owens said. “The administrators vote, not the coaches, so the final action is out of our control. The football coaches association has been in favor of this for a while now, but we couldn’t get enough schools to vote the last time it came up. Four classifications worked great when we had 200 schools in the state. We need to adapt to the growth we’ve seen.”

Changing the bylaws to allow more classifications requires 75 % of member schools to vote in favor of the proposal. Not voting counts as a “no” vote.

Members voted on a similar amendment in January of 2020, two months before the COVID-19 pandemic cancelled the spring sports season. The majority of the schools who voted supported expanding the classifications, but not enough schools participated, so the proposal failed.

“I think it’s the most critical moment we’ve faced in North Carolina high school sports in at least 15 years,” Northside football coach Keith Boyd said. “There’s a big disparity within each class right now and this would take care of it. It’s hard for a 1A school with 200 kids to compete with one with 500. Seven teams could call themselves state champions and the competition would be a lot more equal.”

Currently, 64 teams make the playoffs in most sports, 32 from the East and a like number from the West.

The new proposal would limit the post-season to 32 teams, 16 in each region.

“Five playoff rounds is too many, so that works for me,” Southside football coach Jeff Carrow said. “Right now, everybody makes it in the 1A East and teams opt out. Cutting a round from the playoffs would help that problem and create more competitive games. We need more balance at the 1A level and this is a big step in the right direction.”

Longer travel and split conferences are two of the other concerns the state association will have to work out, but Northside athletic director Jared Adams doesn’t see much change coming to the eastern schools.

“We’re already in a split conference with East Carteret (2A) and have been most times they’ve realigned,” he said. “We also spend two hours on the bus at times, so nothing much would change in that regard. I think it would help all sports to have more opportunities to compete for state championships against schools with similar enrollment. Hopefully, we can get enough schools to vote this time.”

The change would take effect in the new realignment period beginning with the 2025-26 school year.