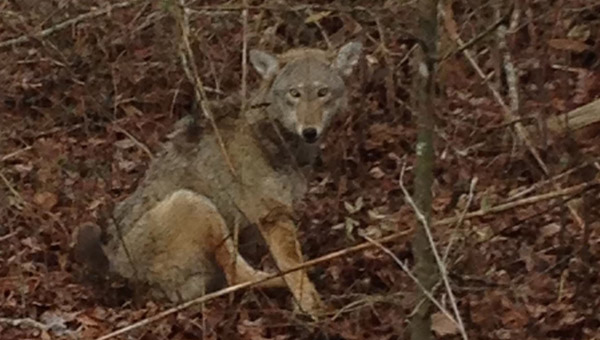 In the past few weeks, the Eastern North Carolina battle between the pro-red wolf forces and the anti-red wolf forces have been thrashed around between the U.S. Fish and Wildlife offices in Atlanta and the N.C. Wildlife Resources Commission in Raleigh. The questionable wildlife management practices that were causing the problems were supposed to be addressed in Judge Terrence Boyle’s Federal Courtroom in Raleigh last Tuesday, but, as of Thursday evening, no ruling was to be had.

The problem originated when, after coyotes had become a major problem, the NCWRC decided to allow the statewide night hunting of coyotes by using spotlights. It was a wildlife management tool that was badly needed because coyotes are primarily nocturnal feeders and their primary diet was whitetail deer, one of our most valued wildlife resources. All over North Carolina coyotes are destroying large numbers of domestic animals, quail, turkeys, rabbits and other kinds of wildlife. There’s no question that the coyote problem is bad and rapidly getting worse.

After the night hunting of coyotes began, several experimental and non-essential red wolves were killed in North Carolina. The Red Wolf Coalition and the North Carolina Wildlife Federation decided that hunters could have accidentally killed these wolves while enjoying newly legal night hunting method. Some of the dead red wolves that were killed were outside the five county core area (Beaufort, Hyde, Dare, Washington and Tyrrell Counties) in which the red wolves are considered to be experimental and non-essential, and are therefore deemed “endangered.”

The Red Wolf Coalition and the NC Wildlife Federation are asking for a temporary injunction that would put a stop to night hunting of coyotes in the five-county area where the red wolves were supposed to be contained by the US Fish and Wildlife Service.

Lawsuits were filed against the entire (each member by name) N.C. Wildlife Resources Commission because of their support of the night hunting. In a further step to protect the experimental and non-essential red wolves in the five Eastern North Carolina Counties, the pro-red wolf forces hired the Southern Environmental Law Firm to ask the Federal Court to ban all coyote hunting in the five county core area in order to protect the red wolves

As of Friday morning, Judge Terrence Boyle has not rendered his decision of whether or not to ban all coyote hunting in Beaufort, Hyde, Dare, Tyrrell and Washington Counties.

Farm owner Jett Ferebee has recently been granted by the USFWS the first known permit to kill a red wolf on his Tyrrell County Farm.

After numerous complaints to the USFWS about having red wolves on his farm and receiving no relief from the USFWS, Ferebee decided to push the USFWS into obeying the very laws that they had enacted to protect the red wolves and to protect individual landowners from the ravages of these predators.

On Dec. 24, 2013, Jett Ferebee received a letter from the USFWS telling that they had surveyed his farm looking for red wolves and had found none. With that in mind and not wanting to intentionally harm any red wolves, Ferebee hired a professional trapper to trap coyotes on his farm. In less than three weeks he’d caught 10 canine animals and, in each instance, he had the USFWS visit his farm and properly identify the animals.

The USFWS experts aided by Ferebee’s expert trapper had positively identified the trapped animals as five red wolves (one of these five was identified by the qualified trapper and released), one canid that was collared and couldn’t be identified on site, three identified hybrid red wolf/coyotes and one coyote. Since the USFWS had stated that the entire North Carolina population of red wolves was only 60 animals, in less than three weeks the trapper had caught 10 percent of the entire known red wolf population that was supposed to be in our state on a farm that USFWS had claimed had no wolves.

When the US Fish And Wildlife Service was pushed into obeying their own laws and regulations pertaining to the red wolves, they wrote a letter to Jett Ferebee granting him the first (and only) federal permit to legally take (kill) one of the red wolves that they had not been able to trap and remove it from his property, as long as the taking was done while trying to legally kill coyotes on his farm.

The following is from the official letter (Dated Feb. 6, 2014) from the U.S. Fish And Wildlife Service to Jett Ferebee:

Based on the recent data we have reconsidered our decision to authorize the take of red wolves on your property at this time. On February 4, 2014, you requested that the U.S. Fish and Wildlife Service (Service) reconsider our position, as provided in a letter dated December 24, 2013, denying you and/or your agents the permission to remove red wolves from your property. That decision was based on insufficient data demonstrating that red wolves were using your property. At that time we also requested that if you engaged in coyote control activities, following the State of North Carolina’s regulations, and a wolf was incidentally trapped or killed that you notify us within 24 hours as dictated by the Service’s regulation at 50 C.F.R. 17.84.

“Since then, you have contacted us on four different occasions to notify us that that a canid was trapped on your property. I would like to express my gratitude for your prompt communication of these incidents. Because of your timely communications, our field biologists were able to come to your property and identify the animals, two of which were in fact red wolves and were taken to our captive management facility.”

In an attachment to the above USFWS letter, they state further details concerning the “take” permit.

“The last exception above states that in order to apply, we must have abandoned efforts to capture the animal in question. Regarding the canids you have documented using your property since we removed wolves from your property on January 23, though we cannot confirm that the animal is a wolf and we have not attempted to capture it, we can state at this time given our other staffing commitments and lack of access to actively trap on the property that we are foreclosed from pursuing the animal on your property and in that sense must abandon efforts to capture and relocate the animal ourselves. Therefore, pursuant to the Service’s regulation at 50 C.F.R. 17.84, you and your agents (e.g., co-owners of the property James R. Prewitt and Daniel H. Woody) are granted permission to take this animal (should it be a red wolf) by lethal means as long as the taking is in compliance with any other applicable Federal, State, and local regulations.”

In his reply to the USFWS letter granting him the ”take” permit for a red wolf, Jett Ferebee states, “Thanks Leo.  The letter will likely serve you better than me, but it is the right thing to do.  I just wish ya’ll could trap and move the wolves again like was done in Texas.  Hybridization is obviously a part of natural selection.  For the safety and future of the red wolf, they just need to be relocated to a captive environment or an Island.  You are a fine man and I am proud to know you.

“I truly believe the best interests of all parties were served.  Now the best course for the red wolf program can move forward without this cloud over it. Science and wildlife management can be the issues, not USFWS’s unwillingness to abide by the rules.  I sincerely hope I never have to use that permit.  I just need to save my farm.”

Since it has become known among several private landowners within the five county core area of the availability of the red wolves permit, these landowners have expressed their intentions to follow Jett Freebee’s lead and try to have similar “take” permits issued to themselves.

With a pending judgment in the Federal Court that could ban all coyote hunting in the five county core area for the red wolves and the issuance of the first permit to legally take a red wolf, this may prove to be an interesting winter and spring for Eastern North Carolina.