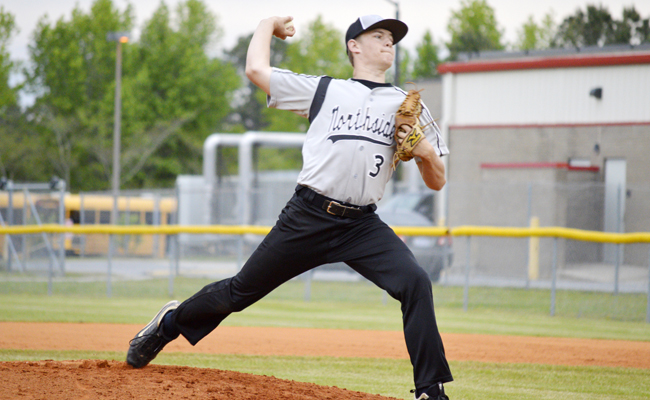 DAVID CUCCHIARA | DAILY NEWS
GRIND IT OUT: It’s been an up and down season for pitcher Chase Sauls, but head coach Keith Boyd is looking for early-inning support with three games remaining.

PINETOWN — A competitive, one-run loss can cause a baseball coach to examine each little intricacy, every miscalculation that could have changed the course of the ballgame. A handful of losses and that fixation turns to frustration. But when a team loses five games by one run, anxiety and the “what if” factor begins to set it.

Entering the week, Northside was carrying the weight of a 4-13 record, the team’s pitching shaky and lineup unable to provide insurance runs late in ballgames.

But on Monday, the team knocked off conference foe Jones Senior by, fittingly, one run. Two days later, the Panthers took the field for a nonconference game against Columbia (10-10, 8-5 Coastal Ten) and finished once again, earning a come-from-behind, 8-5 victory over the Wildcats.

“We’ve been right there, but we just haven’t learned how to close yet. That game against Jones, winning by one run finally, that gave us a little confidence,” said head coach Keith Boyd. In the conference, “we’re too far out of it to get the one, two or three (seed), but the way we’re looking at it is we have a shot to make the playoffs. Each win we get gets us up the ladder a little bit.”

With a 4-7-conference record, Northside is a distant fifth in the Coastal Plains Conference. Now, simply making the playoffs as one of the lower seeds has become a priority. And, like Wednesday’s game against Columbia, the Panthers are going to have to grind it out.

Boyd is without a pitcher under a 4.00 ERA and the lineup has had its fair share of inconsistencies, but the defense, pitching and bats are finally beginning to compliment each other for the first time this season.

Against the Wildcats, two infield errors gave starter Chase Sauls a quick 1-0 deficit after two innings. Despite the early blunder, Northside would play a sound defensive game for the next five frames.

In the top of the third inning, Columbia jumped out to a two-run lead on three timely hits, but Northside had its answer in the bottom half of the frame. Zack Woolard and Dalton Etheridge led off with back-to-back singles. Sophomore Brock Marsh followed with a hard-hit single, scoring both Woolard and Etheridge after the left fielder mishandled the ball.

Again, Columbia struck for two runs in the top of the fourth, giving the visitors a 5-3 lead. That lead, however, was quickly erased, as three walks, another Etheridge single and a hit from Jensen Hawkins resulted in three runs for the host.

Southpaw Adam Cahoon came on in the fifth inning and, for the first time all game, shut down the Wildcats, holding them to just two hits and a walk through the final three frames, a performance Boyd called “the difference” in the ballgame.

“After a good team has seen a pitcher a couple of times, they’re going to start picking him up,” Boyd said. “We’re trying to get four or five innings out of our starters and Adam Cahoon is doing a great job coming out of the bullpen for us. He gives them a look from the other side and I thought that was the key tonight.”

Counting last Friday’s one-run loss to first place Bear Grass, Boyd is content with the on-the-field product of late. And in order for the Panthers to earn a playoff bid, they’re going to need to close late in games down the stretch.

Northside will travel to Lejeune on Friday before heading to South Creek on Monday for the final nonconference game of the season. 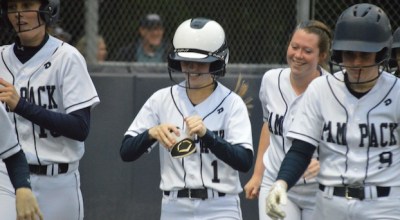