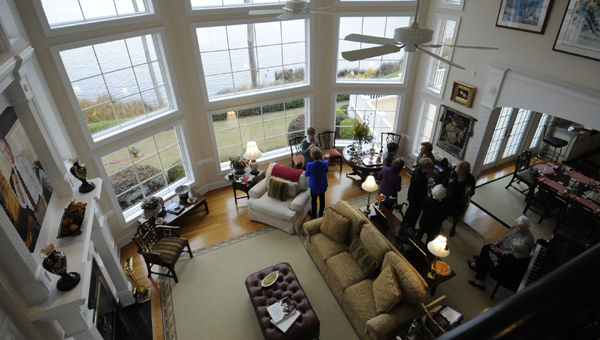 GREAT ROOM: Great rooms combined with open-concept kitchens are the norm these days, as demonstrated at this Chocowinity home. The large living room adjoins a casual dining area that is essentially part of the kitchen.

Walk into an older home and, these days, one is immediately struck by a sense of segmentation — here’s a kitchen; here’s a separate dining room; here’s a living room. A kitchen is where one cooked. A dining room was where the family gathered to eat. A living room was where the family gathered around the one entertainment feature in the house. Once it was radio, then it was TV. But as time and technology have changed, as families have gotten busier and gatherings more casual, so have the floor plans of home.

Multipurpose open spaces are the growing trend, one that combines the rooms in which families spend the most time into great rooms and open-concept kitchens and offers a free flow between lounging and entertaining spaces and the heart of the home — the kitchen. 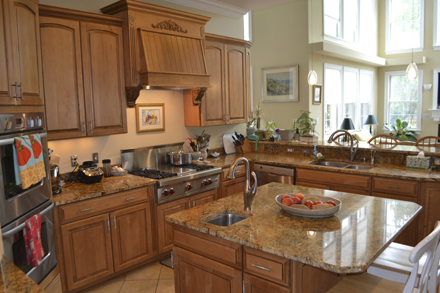 DAYS OF YORE: It used to be that cooks disappeared into the kitchen, away from guests. Open-concept kitchens like this allow the chef to be a part of the party while cooking up dinner.

It’s what buyers are looking for these days, according to Jerry Evans, owner of Century 21 Real Estate in downtown Washington.

“The formal way of sitting down at the dining room doesn’t seem to be happening anymore,” Evans said, adding that a more casual lifestyle is literally changing the way homes are built.

More casual dining experiences at home, more casual gatherings with friends and family, the end result is a need for more open space where many people can be at once without feeling crowded.

“People love to get up and move around. They don’t want to go in and just sit in a chair. They love to be able to mingle,” Evans said. “And you’ve got an environment where you’re not worried about breaking crystal.”

In the movement toward the more casual, Evans said that doesn’t stop at the exterior walls of a home. Outdoor spaces are becoming more of a requirement, as well. 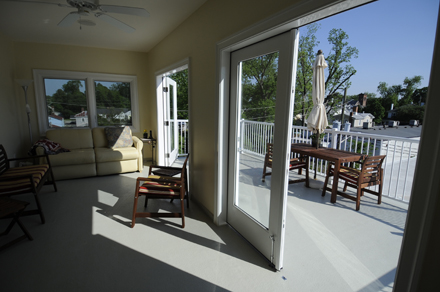 INSIDE/OUTSIDE: This Washington condominium boasts a rooftop sitting room that opens to an outdoor patio. A growing trend in homes is these casual indoor-outdoor areas where people can gather.

That means outdoor eating spaces are becoming more popular, as are outdoor kitchens. Evans described the advent of the “party barn,” which takes the casual, outdoor trend “to another level.” Usually consisting of a separate building, they often include a full kitchen and/or grilling area, along with entertainment like TV, pool or ping-pong table. It’s a great place for gatherings, he said.

Evans said outdoor spaces are a big selling feature for any house: if a listed home does not have a deck or porch, he said potential homebuyers immediately start talking about adding the outdoor space. He said the trend goes hand-in-hand with other inclinations he’s seeing among homebuyers: the desire to live in walkable areas, which corresponds with people wanting to live closer to town centers.

“People want to get healthy and go out and go walking in the evening,” Evans said. 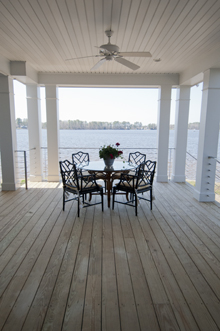 The big homes of the recent past are succumbing to those smaller homes, driven by older generations wanting to downsize. People want to be closer to town and be able to walk places. Casual living spaces have taken over formal ones, spurring many owners of older homes to tear down walls, merge rooms and say goodbye to the walled-off kitchen.

“Things are changing. They really are. It’s a lot of remodeling going on, that’s for sure,” Evans said. “Everything that I’ve seen

and people I’ve talked to, it’s a more casual lifestyle now. And people are looking for that.”