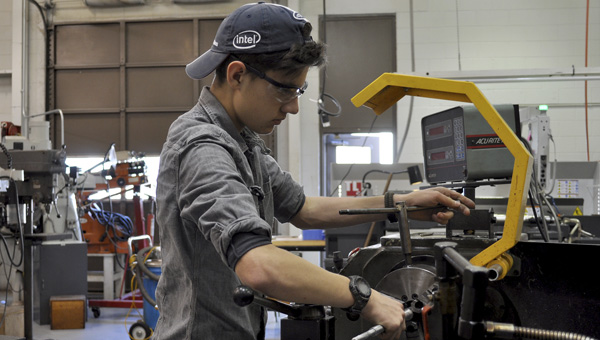 BCCC
FUEL EFFICIENCY: The Randall-Peangmeth brothers’ Advanced Vehicle Technology Team will debut an ethanol-run car at the 2016 Shell Eco-marathon. Camin Randall-Peangmeth, 15, (pictured) is a home-schooled sophomore, but takes college-level classes at BCCC. He hopes to attend the N.C. School of Science and Mathematics next year.

During this time of year, most teenagers are worried about finding a prom date or passing their upcoming finals.

But Beaufort County students Jetsun Randall-Peangmeth, 17, and his brother Camin, 15, have instead set their sights on something more — competing in the national branch of a global competition.

The Shell Eco-marathon Americas competition takes place April 22-24 in Detroit. The competition is split into two categories: vehicle classes, including prototype, which focuses more on efficiency than comfort, and UrbanConcept, for practical designs; as well as energy type, including internal combustion fuels and electric. Competing teams strive to travel the farthest on one liter of fuel.

The Randall-Peangmeth brothers are competing in the Advanced Vehicle Technology Team, in conjunction with Dudley High School students in Greensboro, to debut a vehicle operating on ethanol, a press release stated. Dudley teacher Ricky Lewis coaches the team.

This isn’t the boys’ first foray into energy efficiency, however. The Vehicle Technology Team competed in the Eco-marathon last year for the first time, although they were disqualified on lap seven of 10 laps to travel, according to the release. 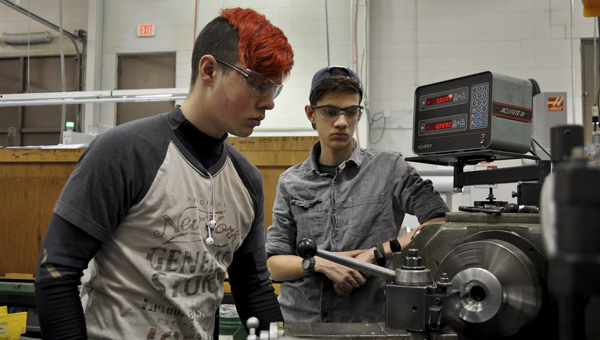 BCCC
YOUNG ENGINEERS: Jetsun Randall-Peangmeth (left) and his brother Camin will compete in the Shell Eco-Marathon competition in Detroit.

The brothers have also competed in several robotics competitions and helped their parents, Jeremy Peang-Meth and Addie Randall, with the Afterschool Science and Technology Workshop, a program sponsored by Beaufort County Police Activities League and the Boys & Girls Club. When not creating prototypes, both attend classes at Beaufort County Community College and spend time in the machine shop.

Despite last year’s problems at the Eco-marathon, the brothers said it was a good experience and an opportunity to build their skills to get ready for this year’s competition.

“Us being a first-year team with a car that we built in our kitchen, we were happy to pass technical inspection,” Jetsun Randall-Peangmeth said.

This year’s vehicle is bigger than the 2015 design, and the team is confident their design will succeed.

The brothers said they are excited to compete in Detroit, and the top three winners in each fuel category will go on to compete in the global competition in London.