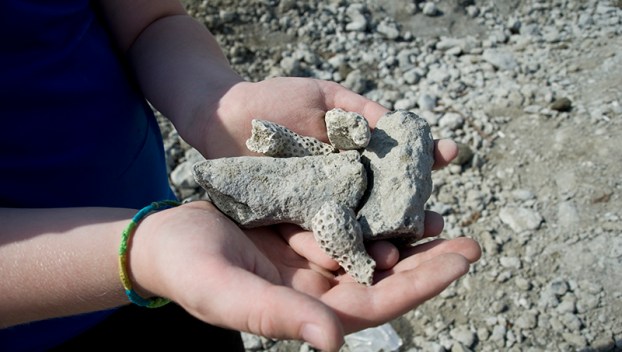 AURORA — The Aurora Fossil Museum has an exciting three years ahead.

In September, the Burroughs Wellcome Fund announced that it awarded 13 institutes a total of $2.1 million as part of the Student Science Enrichment Program.

The Aurora Fossil Museum will receive about $178,000 over the course of three years to go toward two, two-week summer camps, exposing children to natural sciences and mathematics, according to Cynthia Crane, executive director of the museum.

The camps and materials covered are part of the larger IMAGINE-NC project — Integrating Mathematics and Geology in Eastern North Carolina.

According to Crane, when she got the phone call about receiving the money, she began to cry. The museum applied for the same grant money last year, but didn’t receive it, she said.

“We’re one of the smaller organizations … on the list,” Crane said. “It means a lot to be able to be awarded along with the other awardees.”

The money will also cover four weekend sessions during the school year and materials for teachers to use in the classroom, from rocks and minerals to water and weather cycles, Crane said.

She said teachers will be able to check out kits from the museum, which will include a curriculum and activities guide, along with the corresponding materials. Experts from East Carolina University and PotashCorp-Aurora employees will also be involved and working with the students.

Crane said the project and its components will focus on S.W. Snowden Elementary School first because of its proximity, and then expand to other schools in the county.

The camps and classroom activities are geared for particular age groups, as well.

Fourth- and fifth-graders will study “fossils, weather, landforms, properties of materials and the history of life,” while sixth- through eighth-graders will “pursue the study of maps, Earth’s structure, hydrologic cycle and geologic time,” according to the release.

Crane said putting the project in motion will require hard work, but she is excited to get started.

She said this is the largest grant the museum has ever received and will make a difference for the county’s students and residents.

If a project is successful, Burroughs Wellcome may decide to extend its grant award after the three-year allotment is up.

“We hope to keep it going in a snowball effect,” Crane said.

Crane said she hopes students will be exposed to careers in science and math and be able to see the opportunities there are in these fields.

“It’s a great thing,” she said. “There’s more to the world than just here, and they can do anything they put their minds to.”

The bids will be flying Saturday night at the Humane Society of Beaufort County’s 22nd-annual auction. Set for... read more