EPA sends ‘letter of concern’ to regulators over hog farms 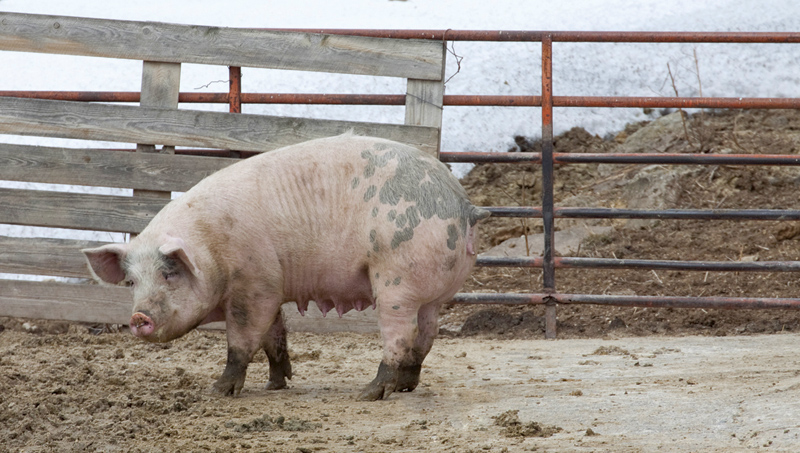 The News & Observer of Raleigh reports the 25-page letter to the N.C. Department of Environmental Quality has not done enough to reduce stench, flies and other problems caused by the facilities.

EPA also said it has “grave concerns” about reports from minority neighbors of threats and intimidation against those who have complained. The federal agency also faults North Carolina for not having an anti-discrimination policy in place, as required by federal law.

Dorka said even though the EPA hasn’t finished its investigation, it sees a window of opportunity to quickly resolve the dispute, beginning with a meeting by state and local officials.

A spokesman for the state environmental agency said Wednesday the letter is being reviewed.

The N.C. Pork Council responded by pointing out that the industry is heavily regulated in North Carolina, with a ban on constructing new farms, annual inspections, mandatory setbacks from neighbors, and prohibition on discharging waste into the state’s waters.

“North Carolina hog farmers are good neighbors who care deeply about protecting our water and air,” Andy Curliss, chief executive officer of the Pork Council, said in a statement issued Wednesday. “We welcome the opportunity to sit down with state regulators and those who live near our farms to address any concerns they may have.”

Will Hendrick, an attorney with Waterkeeper Alliance in Chapel Hill, said his group was glad that the EPA expressed and shared its concerns.

“We’re also hopeful that the new administration will view this as an opportunity to take long overdue action. The state has acted as though these concerns were not legitimate,” Hendrick said Wednesday.