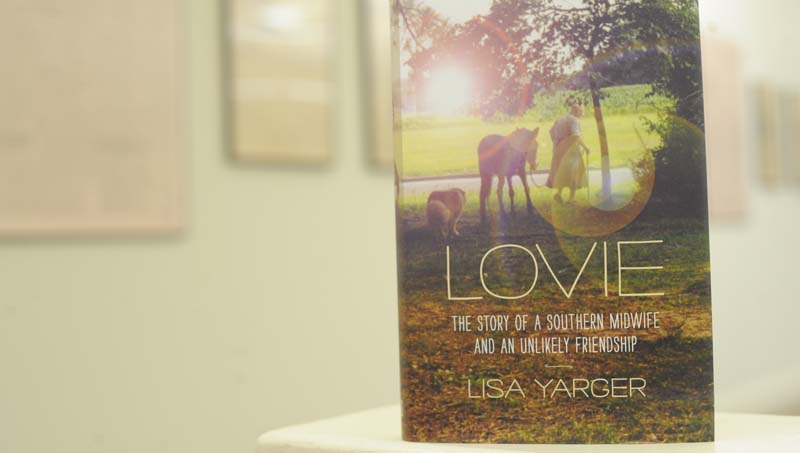 BOOK OF LIFE: Lovie Beard Shelton’s five-decade career in midwifery is chronicled in “Lovie — The Story of a Southern Midwife and an Unlikely Friendship” by Lisa Yarger. Shelton, who lived in Washington, delivered approximately 4,000 babies to women rich and poor across eastern North Carolina.

The life of a local legend has been preserved in print in the recently released book “Lovie — The Story of a Southern Midwife and an Unlikely Friendship.”

Written by Lisa Yarger, “Lovie” chronicles the story of Lovie Beard Shelton, a Washington midwife who delivered thousands of babies to “black, white, Mennonite and hippie women” across eastern North Carolina during a career that spanned five decades, from 1950 to 2001. It also tells the story of the unusual friendship between Shelton and Yarger, who became aware of Shelton in 1996, when she was preparing an exhibit on health-related topics at the North Carolina Museum of History, where she worked as a folklorist.

From their first meeting, in which Shelton seemed a bit wary of the purpose of Yarger’s visit to Washington, to Yarger’s decision to amass knowledge about Shelton’s life, with the intention of writing a book, “Lovie” is a beautifully told story that transitions seamlessly from the strictly informational to the amusingly anecdotal.

“I had a hard time putting down this documentary portrait of a pioneering U.S. nurse-midwife who assisted the births of more than 4,000 home-born babies over her half-century career in a medically underserved rural area of eastern North Carolina,” writes author Ina May Gaskin. “Folklorist Lisa Yarger’s first meeting with Lovie Shelton sparked the beginning of a long friendship that grew in spite of religious, cultural, and generational differences. Whether you are a prospective parent, medical or midwifery student or practitioner, sociologist, anthropologist, historian, or someone who enjoys well-told stories, this is a book you’ll treasure.”

It is well-told and familiar to anyone who lives in the area, as it casually mentions Washington landmarks such as Bill’s Hot Dogs and a lunch date at the restaurant Snookie’s, formerly located where the Buoy Tender Station condominiums are today. It speaks to Shelton’s visibility — she was frequently recognized around town by the children she brought into the world and the mothers whose births she watched over, as well as by those driving up Market Street who witnessed Shelton walking to fetch her mule Gus from a neighboring field, an entourage of dogs, goats and geese following along in her wake.

Shelton grew up on a farm, where the wives of tenant farmers would use the services of midwives. The year she was born, 1925, midwives attended about a third of all North Carolina births — 71 percent born to black women, 14 percent to white — and there were 6,500 registered midwives in the state of North Carolina. As a teenager, Shelton, a serious girl and student, became very interested in the practice. Too young to go to nursing school when she graduated from high school at 16, Shelton first enrolled at Atlantic Christian College before being recruited into the Cadet Nurse Corps in 1944. During that time, it was her experience with hospital births so at odds with natural births that prompted her to pursue an education in midwifery; ultimately she was accepted to into the midwifery training program at the Simpson Memorial Maternity Pavilion at the Royal Infirmary of Edinburgh, Scotland in 1949 where she studied with classmates from all over the world. Later she would add to her credentials a degree in public health nursing from the University of North Carolina-Chapel Hill.

At the height of her career, Shelton assisted 196 births in a single year, including a single month in which she performed 26 deliveries, with as many as 20 hours spent at a single birth. Many of Shelton’s clients were too poor to pay her, and would later show up at her home with bags of garden-grown vegetables or other gestures of appreciation.

Shelton died in 2013, but her memory is forever captured by Yarger’s work, which both documents an age-old practice and delivers a touching look at a friendship.

“Lovie” is printed by the University of North Carolina Press. 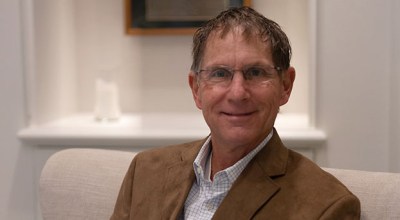