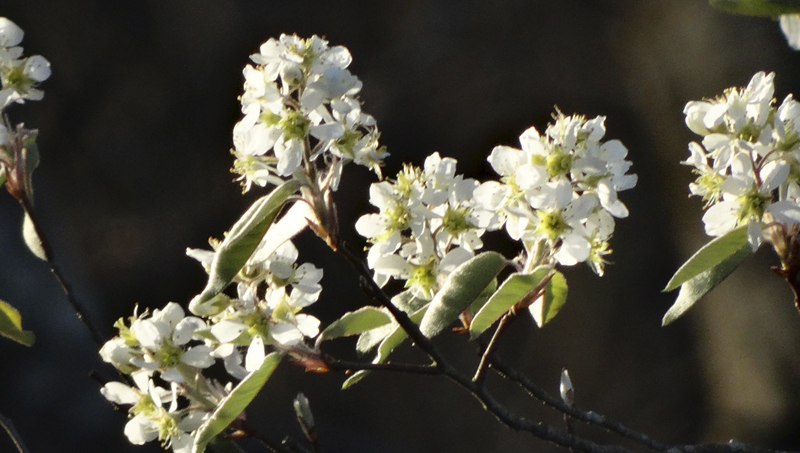 On Pocosin Lakes National Wildlife Refuge, it’s not all birds and bears. Coastal serviceberry (shown blooming) is a wetland species of serviceberry. It’s related to the upland Canadian serviceberry, which is widely used in ornamental plantings, as well as wildlife plantings as an early-blooming shrub that produces fruit for wildlife.