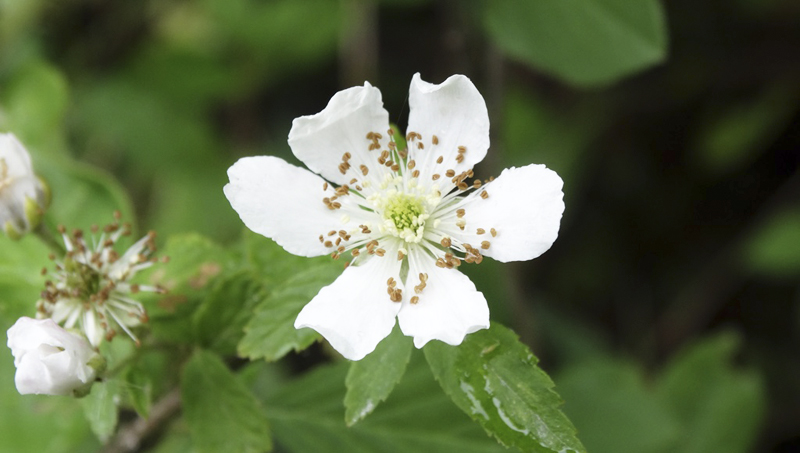 The sawtooth blackberry (Rubus argutus) in the photo is the typical upright blackberry of wet soils on the Coastal Plain. It does not tolerate flooding, but does tolerate saturated soil. It occurs throughout the counties where national wildlife refuges are located in northeastern North Carolina, such as Pocosin Lakes National Wildlife Refuge. Sawtooth blackberry and other blossoming plants have a limited “show time.” So get out and enjoy the blossoming refuges while they’re in full color!