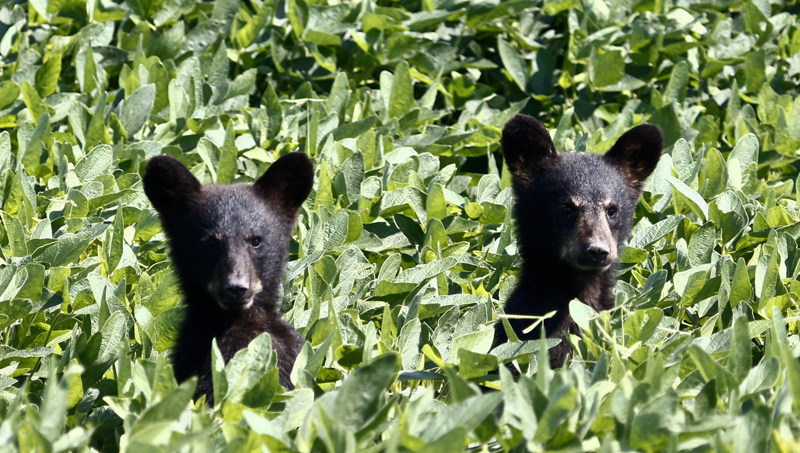 PLYMOUTH — Last year’s North Carolina Black Bear Festival received four awards from the North Carolina Association of Festivals & Events, including “Event of the Year” for the State of North Carolina. People came from more than a dozen states and several foreign countries to partake in more than 30 attractions. As a result, the town is now becoming known as Bear Town, N.C.

No matter what age or interests a person has, almost everyone loves bears. It is a little-known fact that the biggest black bears on the planet and the highest black bear densities in the world are not found in Canada or Alaska, but in coastal North Carolina. Mild winters, abundant crops and extensive forests and swamps are the reason that 700-pound black bears are not uncommon.

To recognize and celebrate our bears and educate our guests about this important North Carolina native, the historic Inner Banks town of Plymouth is hosting the third-annual North Carolina Black Bear Festival on June 2-4. Everyone who attends is guaranteed to see bears and learn about these magnificent animals through a variety of events, including black bear tours on public and private property, as well as the opportunity to see captive bears.

Another result of the success of last year’s Bear Fest was the opening of a new black bear museum in Plymouth, called Bear-Ology. The goal of the museum is to create a permanent year-round black bear education and discovery center. It includes a 30-seat theater with state-of-the-art Blue Ray surround sound and features a 17-minute film written and produced by Tom Harrison. Blake and Emily Scott from Star Track Studios in Washington, (who created the Refuge Series for UNC-TV) provided all the filming and editing.

Among the many activities at the Black Bear Festival this year is the world’s first mechanical black bear ride! The Bear Fest has added a lazy river tubing experience down the Roanoke River, a waterski show, free boat rides, Knockerball, helicopter rides, a wildlife photography workshop, live wolves and birds, in addition to bears. There is a 5K “Run with the Bears,” “Bear Necessities Paddle” event, Bear Fest Pageant, Baby Bear Contest, storytelling about “Close Encounters of the Bear Kind,” Dan the Animal Man, live music and “Reflections on the Roanoke” fireworks show. Folks can also enjoy a classic car show, wooden boat show and more. Food and craft vendors and many conservation organizations will be attending as well. It will all be happening June 2-4 in Plymouth — “Where traffic ends and adventure begins!”