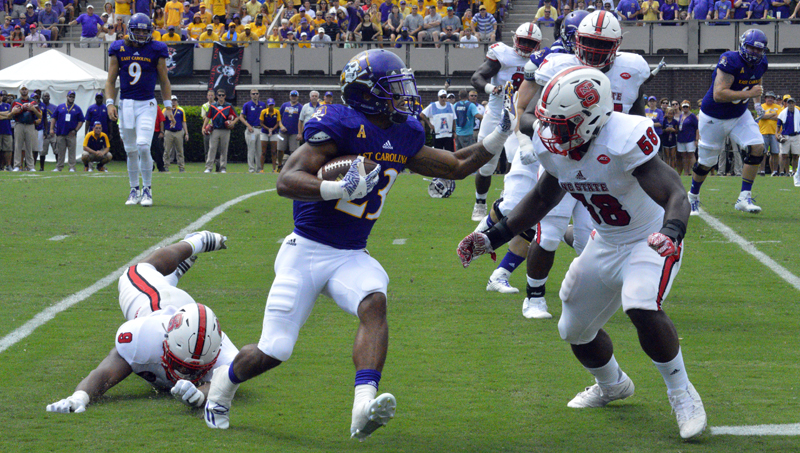 GREENVILLE — There are big shoes to fill with East Carolina University’s top receiver of all time graduating, but wide receiver Quay Johnson says he’s been working hard in the offseason to continue his success from last season.

While pass catchers like Jimmy Williams and Davon Grayson have grabbed highlights with explosive plays, Johnson has arguably been ECU’s most consistent receiver — not named Zay Jones — for years now.

“I’ve just been trying to go hard in practice like always,” Johnson said. “Just getting open, and giving the quarterbacks a good target to throw to.”

Jones, who embarks on his NFL career with the Buffalo Bills, was the only Pirate to catch more passes in 2016.

Johnson started in 10 of 12 games during his junior campaign. He had 58 receptions to total 563 yards and three touchdowns. His speed gave him even more time on the field as he obtained over 200 yards on kickoff and punt returns last season in addition to receiving.

The Knightdale native says that although Jones will be missed there is reason to be excited for this years receiving core, as several players will return in addition to a few new faces.

“I feel like this receiving core is way better than last year’s,” Johnson said. “We have a lot more depth with Deondre Farrier, Terrell Green and the freshmen. With Jimmy (Williams) and Davon Grayson, I think we should be real good.” 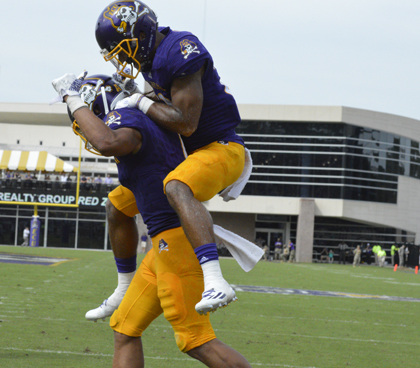 Last season, head coach Scottie Montgomery came to ECU without much time to recruit and build his team for the 2016 season, but now that he has had a full season under his belt it has showed in the offseason. Montgomery has recruited several star athletes that will add a lot of talented youth to field on Saturdays.

ECU will continue to look to the veterans on the team to help in leading the incoming players. Offensive coordinator Tony Petersen believes that the comfort level is rising in the weeks of training camp leading into the start of the season.

So far in his career Johnson has been steadily improving as a receiver. During his freshman campaign in 2014, he picked up nine receptions for 57 yards, and in 2015 he totaled for 16 receptions for 134 yards and a touchdown.

Johnson says he is looking to continue the upward trend this season. His goal is to improve his stats and help his team on the field.

“My number one goal is just try to get more yardage, and then more catches. Just try to get open and work hard, and just do what’s best for the team.”

Johnson and the Pirates open the season with James Madison on Sept. 2.