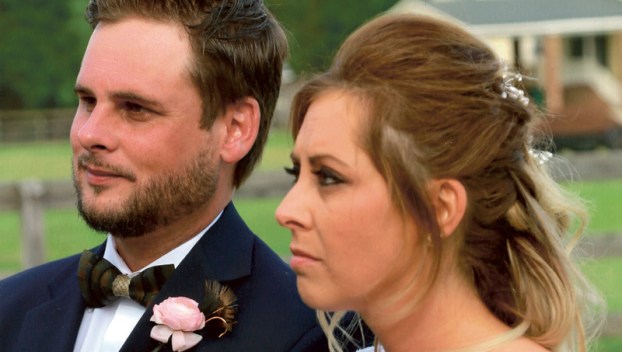 Erica Leigh Joyner and Justin Scott Pate were united in marriage on Saturday, April 22, 2017 at five o’clock in the couple’s yard at their home on Tranters Creek in Washington, NC. Retired Judge Warren L. Pate of Glendale Springs and Wilmington, NC, uncle of the groom, and Pastor Scott Hardy of Snow Hill, NC officiated the ceremony. A reception was held under a tent in the couple’s yard followed by dancing. On the eve of the wedding, a rehearsal dinner was hosted by the groom’s parents in the couple’s yard.

The bride was escorted by her father. Her best friend, Mrs. Sandy Huber Sayland, was Matron of Honor.

The bride was given a shower by family and friends at the home of Mrs. Carol Windley of Washington.

The couple was entertained at a Party on the Pamlico at Ribeyes of Washington on May 30, 2017 by family and friends.

The bride is a graduate of Mitchell’s Hair Academy and is a hair stylist with Tingen and Company in Greenville. The groom attended Lenoir Community College and is owner/operator of Ribeyes in Washington.

The couple spent an evening at Elmwood Inn 1820 Bed and Breakfast of Washington, NC. They will take a honeymoon trip at a later date.

They are now residing in Washington, NC.