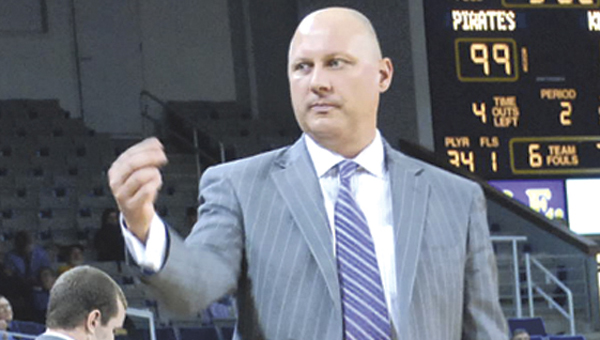 Lebo is a former North Carolina guard who had a record of 116-122 at ECU and was in his eighth season at a program stuck in the shadows of instate powers UNC and Duke.

Lebo finished above .500 only twice with the Pirates and not since 2013, when they won a school-record 23 games. He missed the final 14 games of last season to have hip replacement surgery, and Perry replaced him during that time.

The Pirates have finished with a losing record in each of the previous three seasons and haven’t taken part in a postseason tournament since the 2014 CollegeInsider.com Tournament — an event they won the year before. They’ve made the NCAA Tournament only twice — and not since 1993.

East Carolina also has lost at home this season to Central Connecticut State by 11 points and to Radford, and by 14 points at Rutgers.

He played for Dean Smith at UNC in the late 1980s, scoring 1,567 points during his career and winning two Atlantic Coast Conference regular-season titles to go with one ACC Tournament championship.