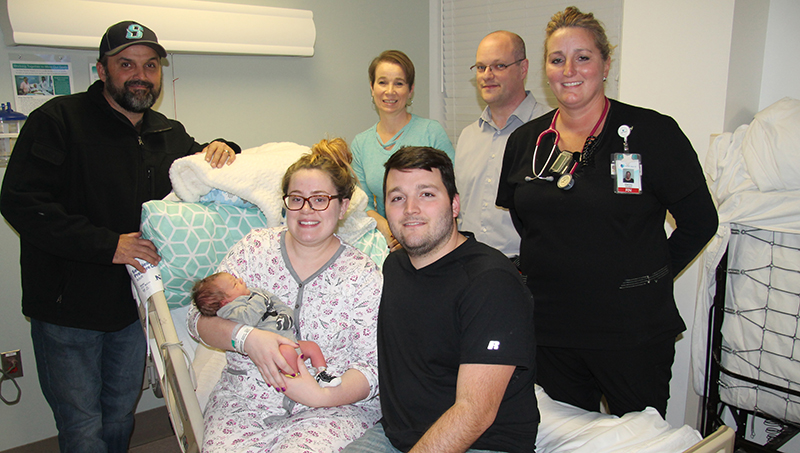 While people across the world rang in the new year, one local couple welcomed into the world the first baby born in Beaufort County in 2018.

Parents Jessica and Cameron Elks, of Chocowinity, were surprised to find out Ezra was the first baby born in the new year, according to hospital staff. Though Ezra’s due date was not until Jan. 5, his parents had a feeling he’d come a little early.

“With the super moon on the same day, the thought had crossed their minds that it could be a possibility,” Jennifer Lewis, Vidant Beaufort Hospital’s community health improvement coordinator, wrote in an email.

Grandparents Mark Elks, Jennifer and Craig Godley and Stacey Woolard, who is also a nurse at Vidant Beaufort, were all on hand to visit the New Year’s baby.

The first U.S. birth of 2018 happened just two seconds after midnight Jan. 1 on the U.S. island territory of Guam. The closest New Year’s birth in Beaufort County in recent years was in 2016, when Sarah Campbell Furlough was born to Woody and Rachel Furlough at 12:50 a.m. on New Year’s Day.