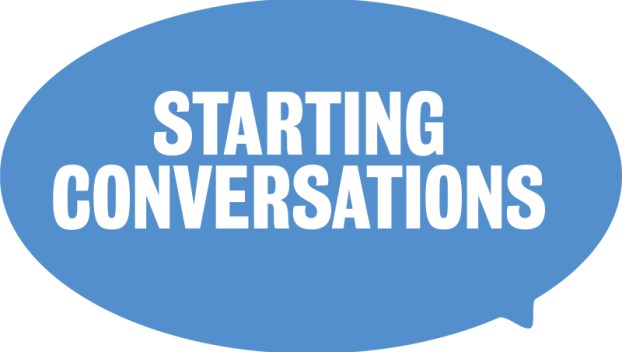 While students across the country participated in walkouts protesting school violence on Wednesday morning, such mass walkouts did not materialize in Beaufort County. Rather, young people in each of Beaufort County’s high schools took the opportunity that morning to share school safety concerns with administrators.

On Thursday morning, Beaufort County Schools Assistant Superintendent Mark Doane provided a statement detailing how each school handled the possibility of walkouts. In many cases, participation in any form of walkout was redirected into student-led discussions of school violence.

“All three of our traditional high schools, our early college and the Ed Tech center took time to honor the victims of school violence on Wednesday morning. Each location also had other events that were specific to them,” the statement read. “In addition, students were given an opportunity to discuss school safety and make recommendations on how it might be enhanced above and beyond what we are already doing. These suggestions will then be submitted to the Superintendent and BCS School Board for review and discussion.”

According to the statement from BCS, at Northside High School, the faculty and students held student-led discussions during the last 17 minutes of their first-period classes to provide suggestions on how to make NHS a safer place to learn and grow. Each minute of the discussion was in memory of one of the lives lost on that tragic day one month ago. An office staff member then compiled student-submitted suggestions from each class into one master list.

“I am so proud of the students at Northside High School for their maturity and the outstanding suggestions they provided today,” NHS Principal Charles Clark said in the statement.

According to the statement from BCS, approximately 200 students went to the auditorium during the school’s 10 a.m. advisory period to participate in a discussion of student safety, led by the student government. Those who remained in class also held discussions about student safety. These suggestions will be forwarded to the superintendent.

A second statement went on to say that teachers at Southside High School did not interfere with peaceful protest. When students left their classroom to participate in a demonstration, administrators and teachers directed them to the school’s auditorium.

“This was decided as an appropriate measure to ensure our students remained safe as they exercised their First Amendment right to peacefully protest,” the statement said.

Students who chose to remain in their classrooms were also encouraged to share their thoughts about school safety. After the gathering, students returned to class and school followed normal procedures for the remainder of the school day, the statement said.

According to the statement provided by BCS, at Washington High School, each class took time during first period to have a discussion on ways to make their school safer. During this discussion, teachers were asked to document student ideas to be presented to the school administration, the school improvement team and district leaders.

According to the statement, 22 WHS students went to the cafeteria to hold a group discussion on school safety and to take a moment to honor those students lost in Florida.

“We already have procedures in place to keep the building and grounds secure but would like students’ sincere feedback on what they think we could do to increase awareness with our faculty and student population,” WHS Principal Mike Swinson said.

Taking a similar tack to Washington and Northside High Schools, BCECHS students were given the opportunity to share their concerns with faculty and administration.

“In every first period class, students were given the opportunity to voice their concerns regarding school safety,” BCECHS Principal Emily Pake said in the statement. “Student concerns will be shared with Dr. Phipps and Dr. Loope.”

At the Beaufort County Educational Technical Center, 26 students met in the cafeteria to discuss student safety issues in addition to individual classroom discussions, according to the BCS statement.

While walkouts did not materialize at Beaufort County Schools, one student who attempted to organize a walkout at her school reached out to the Daily News on Wednesday to discuss her motivations for doing so. The high school junior did not wish to be identified.

For this particular student, the idea of a walkout at her school came from an English class assignment on current events. After reading an article on the national #NeverAgain movement created by survivors of the Marjory Stoneman Douglas High School shooting, she decided to try to organize a walkout at her school to coincide with other demonstrations throughout the country.

“I really felt that for me and other students, seeing the kids from Parkland being able to speak so powerfully and so eloquently was empowering,” she said. “We are young, but we still have a voice. I thought it would be an encouraging thing for students who are a little too scared to speak up.”

She proceeded to engage in conversations with administrators in the ensuing weeks. While the student said that school violence has been a point of conversation and concern for students at her school since Parkland, she doesn’t see it as a major disruption to everyday life at the school.

“I think that even though I didn’t successfully organize a walkout, I did cause at least my principal and assistant principal to do some more research on it,” she said.

For this particular student, the fact that her efforts contributed to conversations among her fellow students and school administrators was something of a victory in itself. With discussions occurring throughout the school system, she said she interprets engagement on the issue as positive sign.

“I guess I didn’t expect the schools to make an exception to the rules for just one day,” the student said. “But I think that it was positive that (administrators) did meet and that the issue was at least talked about.”

The tastes and smells of Beaufort County’s finest restaurants will be on exhibit at the Turnage Theatre next Thursday as... read more