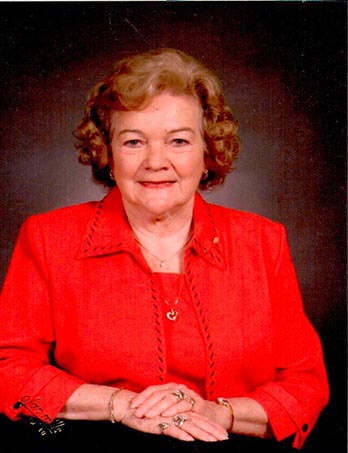 A funeral service will be held at 3 p.m. on Saturday, March 17, 2018, at First Church of Christ in Washington, officiated by Ray West. Interment will be at 5 p.m. at Hollywood Cemetery in Farmville. Cody Fuquay, Tyler Fuquay, Ricky Mewborn, Bob Freese, Al Mewborn and Randy Taylor will serve as pallbearers. Walter Jessup and Will Stafford will serve as honorary pallbearers.

Mrs. Smart was born in Alton, Virginia, on Dec. 4, 1935, daughter of the late Joseph William Upton and Ida Lee Gordon Upton. She was active in sports, especially basketball and softball. Three of her favorite pastimes were family, dancing and traveling. Her favorite hobby was cooking.  She was a member of the Order of the Eastern Star. In 2006, she and her husband started the Senior Dance Club at the Washington Civic Center. She was a member of First Church of Christ and the Esther Circle.

In addition to her husband, Clellie “Buzz,” of the home, she is survived by her daughters, Delane O’Brien Fuquay and husband Dewey W. Fuquay, Jr., of Farmville, and Angie O’Brien Cunningham and husband Robert P. Cunningham, of Farmville; her grandchildren, Tyler Fuquay and wife Caitlin, of Charleston, South Carolina, Cody Fuquay, of Farmville, Morgan Cunningham, of Greenbackville, Virginia, and Carlyn Cunningham of Mount Pleasant, South Carolina; her stepchildren, Stephen Smart and wife Carla, of Wilson, and Susan Stafford Wingate, of Winterville. She is also survived by her sister, Inez Upton Fallen and husband Ralph, of Nathalie, Virginia. In addition to her husband, Ben O’Brien, and her parents, she is preceded in death by her sister, Gladys Brown; her brothers, Calvin Upton and Stover Upton; and her nephews, Mark and Calvin Fallen.

The family will receive friends from 1:30 p.m. until 3 p.m. prior to the service on Saturday at First Church of Christ in the sanctuary.

Flowers are welcomed or memorials may be made to: Shriner’s Hospital for Children, ATTN: Office of Development, 2900 Rocky Point Drive, Tampa, FL 33607 or First Church of Christ, 520 E. 10th Street, Washington, NC 27889.

Paul Funeral Home & Crematory of Washington is honored to serve the Smart family.