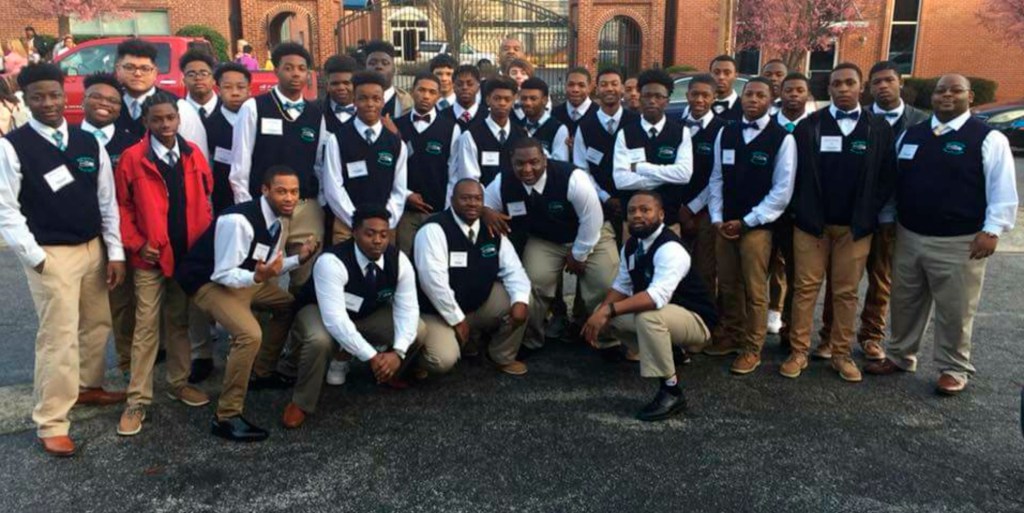 Crisp ties rest against collared shirts beneath navy blue sweater vests. On the breast of each vest, a Seahawk is embroidered alongside the words ‘Distinguished Men of Purpose.’

This is a title that 40 young men at Southside High School have come to wear with pride and honor this year. Recently revitalized at SHS for the first time in nearly a decade, this group is preparing its participants for the professional world and exposing them to opportunities they have never had before.

“It originally started in 2009,” said SHS teacher and Distinguished Men of Purpose sponsor Samuel Williams. “It lasted about a year. Mr. Marquez Jackson, the former assistant principal started the program before he left, so we just brought it back this school year.”

“We work with the guys to help build their confidence level,” Williams said. “We wanted to create something positive for them to be a part of. We work with them on how to shake a hand, how to make eye contact and hold a conversation. We want to teach them now so they’ll know when they get out in the real world.”

Adding to this preparation, members regularly give presentations for the group, practicing their public speaking skills. Students have even been asked to visit elementary schools to speak to students about leadership. Some even hope to further impact the next generation as teachers and coaches. 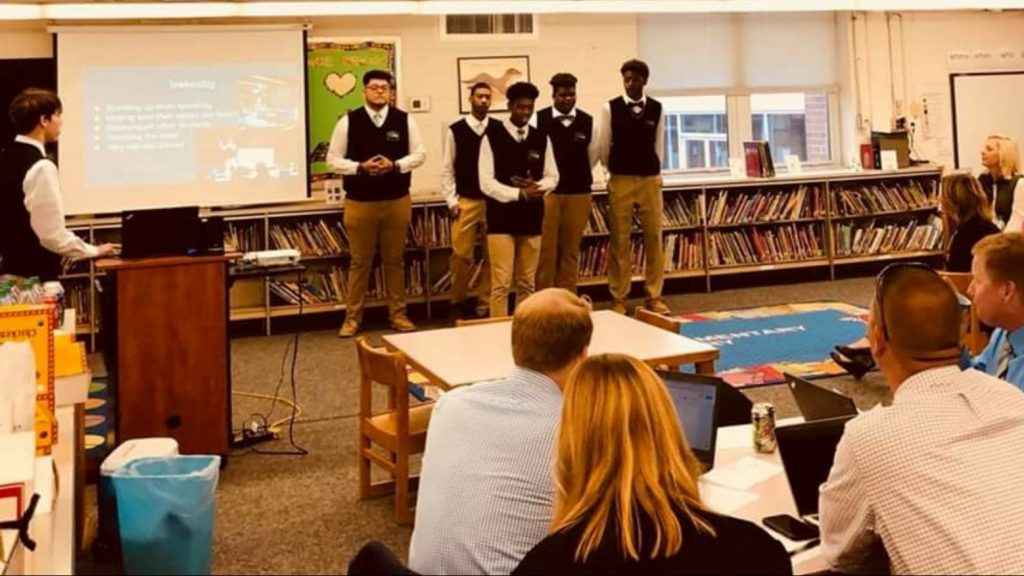 “It’s been good,” MOP sophomore Jamari Nelson said. “My grades have been coming up, my behavior has improved a lot and it’s helped me in a lot of ways to speak to professional people and make a good first impression.”

Of course, field trips also provide major incentives for students to join the club. Since the beginning of the year, the group has visited the Beaufort County Court House and attended a Charlotte Hornets game. Perhaps most meaningful, however, was a trip the group took to Atlanta in February. During their time there, the group participated in the Ron Clark Academy, visited the College Hall of Fame, the Atlanta Aquarium and The Center for Civil and Human Rights.

For Williams, a 2005 SHS alumni, this club represents something he wishes could have existed during his time at the school.

“This would have been something great to have,” Williams said. “Seeing some of my classmates going down the wrong path, I think this program would have worked. I picture myself as a student and think about what I would need.”

In addition to preparing these young men for the future, the group has also encouraged them to think about their decisions. Williams says that the practice of peer-to-peer accountability has had profound effects on attitudes and behavior. SHS Assistant Principal Patricia Horton-Albritton agrees.

“Since Mr. Williams and Mr. Whitney and Coach Cam have implemented the program, I’ve noticed growth and improvement with a lot of the gentlemen,” Horton-Albritton said. “Discipline is next to zero with that group of young men, so it’s a very positive thing on our campus. Not only are they getting the educational piece, but they are also getting the soft skills that that we all need in general.”

DMOP will host a YouthShift conference at SHS beginning at 7 p.m. April 27. The event will feature motivational speakers and performance. Admission is free to all Beaufort County Schools students.