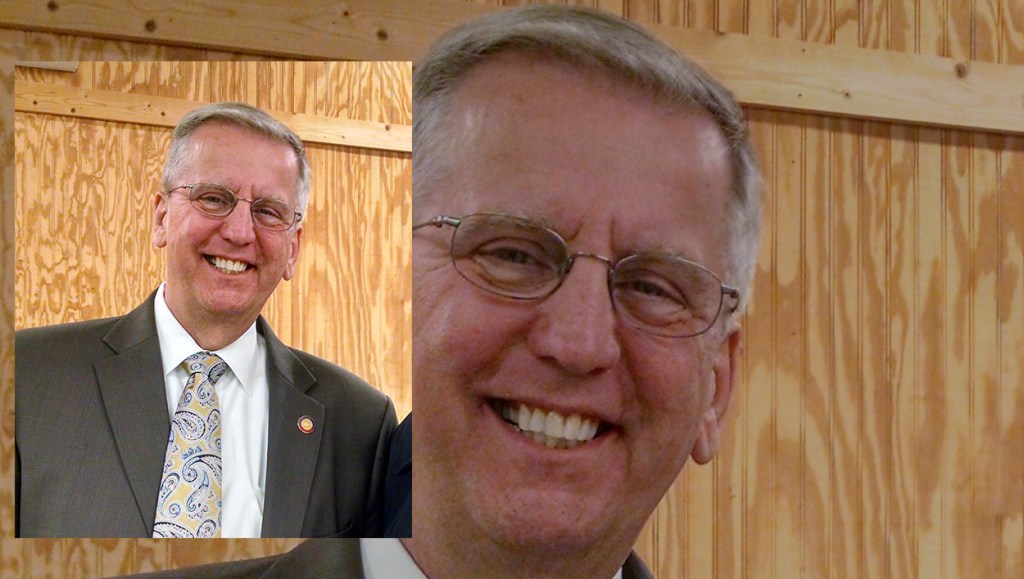 Many of us who live in rural North Carolina understand the importance of our state prisons to our economy. Most are located here. They employ a significant number of people responsible for keeping us safe by maintaining security within these facilities. In fact, hardly a day goes by when we don’t see a correction officer at the grocery store, or waiting in line at the drugstore to have a prescription filled. Some are friends and neighbors we know, while others can only be identified by the patch on the sleeves of their gray or blue shirts. Other than a friendly hello or nod, we hardly gave them another thought, until April 26, 2017. That was the day that 29-year-old correction officer Sergeant Megan Callahan was brutally murdered by an inmate at the Bertie Correctional Institute.

Megan was a more than competent correction officer who loved her job. Her cold-blooded murder stunned everyone. When her family came to Raleigh, where Megan was honored by the state House and Senate, I said on the House floor that I truly hoped and prayed that her death would lead to reforms that would help reduce the chance of something like this ever happening again. Most assumed that would indeed be the case. As we learned six short months later, it wasn’t.

On October 12, 2017 at the Pasquotank Correctional Institute, a prison breakout attempt resulted in the ultimate deaths of four more correction employees by inmates. The victims: Veronica Darden, Justin Smith, Wendy Shannon and Geoffrey Howe. I suggested a legislative commission be established that would review prison management and conditions from top to bottom, including the operations of Correction Enterprises. The next day the Department of Corrections stated they were going to have an independent investigation conducted at both Bertie and Pasquotank. In my view, too little too late. Any investigation needs to be system wide. The problems are systemic.

For the last many months I have been speaking with corrections personnel from many of the 55 correction facilities across the state. They have been sharing information with me about what amounts to a “Secret Society” that exists within a closed circle of management. It protects the misdeeds of those in power from ever being reported. This includes inmates. Employees at lower levels are told by management that, “Not a word will be spoken about what goes on within these walls or it will be trouble for you; even your job!”

There is little or no trust by correction officers in management. Correction officers and other prison staff are beyond frustrated by the continuing downward spiral within the system including the lack of adequate security and support for them to do their jobs properly as well as a lack of training for newly recruited officers. They are being forced to put up with rampant gang activity. In addition, on almost any confrontation between a correction officer and an inmate, allegedly management sides with inmates. Officers are disrespected and demoralized, while putting their lives on the line every day. And for what? Seasoned personnel know much of what is wrong within the system. They see it every day. The problem is no one in management listens, or seems to even care. As for those who will talk; they realize it will likely mean their jobs. This should no longer be tolerated. The folks on the inside are fed up! Unless things change for the better and soon, we will continue to see more correction officers heading for the exits and their exits to date have been unprecedented.

The Joint Legislative Oversight Committee on Justice and Public Safety, of which I am a member, is scheduled to meet again in Raleigh on March 15 on the sixth floor of the Legislative Office from 1-5 PM. We will be discussing the recent 78-page NIC (National Institute of Corrections) report, a damning indictment of the Pasquotank Correctional Institute’s safety procedures or lack thereof on October 12th, 2017, the day the murders occurred. Representative Ted Davis, chairman, has invited someone from NIC to present its findings in detail to the committee and to answer all questions posed.

I am in hopes that this will begin to further expand the discussion as to how we can begin to really fix our prison system which, in my view, remains clearly out of control. I am hopeful a complete investigation, including recommendations for overall reform by a subcommittee will be forthcoming. There are still hundreds of questions that remain unanswered that will likely require bringing employees out of the shadows, by subpoena if necessary, to tell us what they know. Only then will we learn for certain if this “Secret Society” exists, and the extent to which their existence is contributing to the continuing downward spiral of our state prison system.

Editor’s note: The above article is reprinted with permission from Albemarle Tradewinds March 2018.