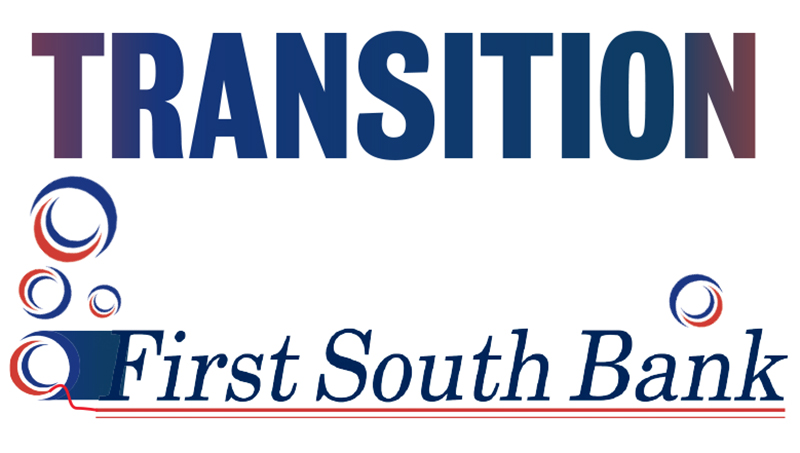 The transition from First South Bank to CresCom caused some ripples in local banking, but the merger’s troubled waters are smoothing out, according to CresCom officials.

“The first thing I’d say is we’ve been through five (mergers) with this company, and the first week is always a very interesting week,” said CresCom CEO David Morrow. “It’s a process — a merger of two significant institutions, both large banks. There’s never been one that doesn’t have issues that (some customers) don’t have to come into the bank.”

On Wednesday, Morrow had visited 10 of the 25 new CresCom offices in the region, and was scheduled to visit another eight or nine by the end of the day. Where last week saw many customers waiting for help in branch lobbies, this week the number had dwindled to three or four in any given bank, he said.

“You had a lot of people at one time last week, so it was hard to serve everyone at the same time. The team did a good job, but it was a lot at one time,” said Randy Woodson, CresCom’s director of consumer banking and former First South chief banking officer.

Converting an enormous amount of data is no easy task: some former First South Bank customers had problems activating their new CresCom debit cards or accessing an account online; others had linking issues with business accounts. Long waits for customer service representatives to help resolve problems by phone were another issue — to take some of the burden off of local branch employees working with customers face-to-face, calls were rolled over to CresCom’s central call center, which created the back-up, Woodson said.

One easily resolvable problem is that debit cards can only be activated by calling the 800-number printed on a sticker on the card, and not by ATM activation, which was erroneously stated on the sticker, as well.

“The information on that sticker was incorrect, but we tried to get word out to customers,” Woodson said. “There were several email communications in the week previous. We had employees directing people to the website, but that doesn’t mean we communicated with every customer.”

In preparation for the influx of customers to branches, local employees were matched up with a legacy employee from established CresCom offices to assist with questions and resolve customer issues.

“I’m not going to make light of last week — that people were angry — we know that. People’s money is very personal to them,” Morrow said. “But one of the things that our team has told me, almost to every branch and every person, is that they understand that these people come in with a problem, and our goal is to take that problem, help them and really make these people feel good about our organization.”

That was the first week. In the second week, things are slowly transitioning into a new normal, according to Morrow.

“It’s settling nicely, I would say, but there’s certainly more work to be done,” Morrow said.

Morrow and Woodson both credited local branch employees for having a good attitude during the transition from First South to CresCom.

“Overall, I’m very pleased with the attitude of our team. In my opinion, people bank with people, (our employees) have a smile on their face. They’ve been very positive,” Morrow said.

“The good news is that the customers are loyal. They’re not loyal to me; they’re loyal to the employees of the bank, and that’s our good fortune.”

Woodson encouraged anyone with remaining issues to visit or call their CresCom branch — calls are no longer being forwarded to the central call center, so customers can now talk directly to employees at their local branches.