Effort to clean up county roadways in full swing 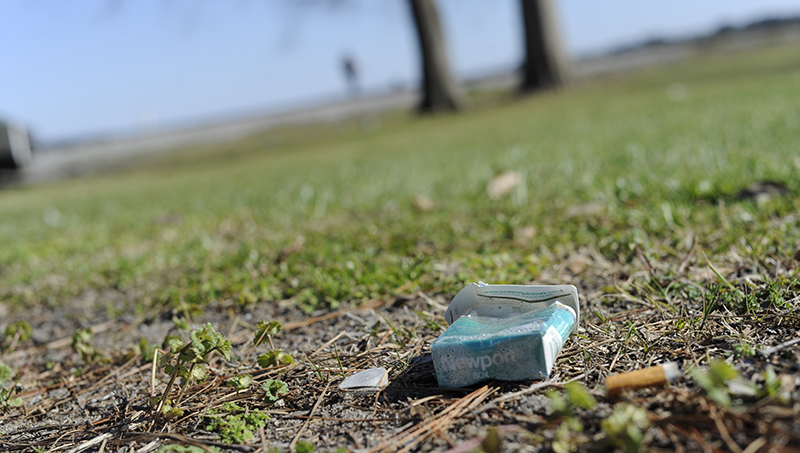 On April 20, thousands of cyclists from multiple states will converge on Washington for Cycle NC’s spring ride. For the next few days, they’ll be taking the scenic route on Beaufort County roadways. What they’ll see via two wheels is the heart of the Coastal Plain: farmland bursting with new life, pine forests offering a brief respite from the sun, spring flowers in full bloom.

What many people are hoping these cyclists won’t see is trash.

There’s a movement underway to get county roads cleaned up, not just for Cycle NC, but a continuing effort to clean up the county’s act.

“It’s a grassroots effort that has grown legs in helping to try to make a better impression on our community with the visitors coming in,” said Lynn Davis, executive director of Washington Tourism Development Authority. “We not only want to roll out the red carpet but also present our community in the best light possible. It’s really important that we present a clean, welcoming environment.”

It started with Pamlico-Albemarle Wildlife Conservationists. On April 7, from 9 a.m. until 1 p.m., PAWC volunteers will fan out across the county for Beaufort County Clean Sweep, following the cycling routes established and clearing the way for the many people who will be visiting the county from elsewhere.

“(We) keep saying, ‘Why are we doing this?’” PAWC member Dawn Dolson wrote in an email. “Besides loving our town, wanting to be proud and take pride, the bikers coming to town will see our trash; they are going to run over broken glass, nails, shells, etc., putting a damper on their experience and their outlook on us.”

Beaufort County Clean Sweep is supported by the NCDOT — while PAWC will supply vests, NCDOT is supplying bags and sticks and will collect the full bags after the fact. PAWC is actively seeking volunteers to help.

Trash on the roadside is not just a Beaufort County problem. It’s everywhere. Law enforcement is responsible for fining those who litter, but it can be very difficult to determine where trash comes from, according to officials.

“It’s hard to enforce unless you see it happen,” said Beaufort County Sheriff’s Office Chief Deputy Charlie Rose. “It’s very rare that any littering charge has been taken up, and the times when it has is when an officer has actually seen it happen or it’s at the felony level, where they can go through the bags and see where it came from.”

Littering starts as a misdemeanor offense, such as tossing fast food trash out the window of a moving vehicle, but can be a felony charge if the garbage weighs more than 15 pounds.

“I see the Board of County Commissioners working together to set the pace with the Highway Patrol and the Beaufort County Sheriff’s Office and the citizenship, that we don’t want trash on the road,” Richardson said. “We need more enforcement on the road so people don’t do it.”

Richardson said he’s taken up the issue because he personally doesn’t like to see trash on the roadsides, but he also has constituents call and complain about it. He advocates for a statewide program that would offer cents to turn garbage in — bottles, cans, candy wrappers and more—as well as more signs warning about fines for littering. But he said he’d first like to see law enforcement going after people who inadvertently litter by doing things such as not securing trash in the back of trucks, allowing it to be blown out on the ride down the road.

“If the Board of Commissioners would get together and pass a resolution and keep the heat on it, we’d have a lot less trash on the road,” Richardson said. “We need a more aggressive program, and we need the government, the local government, to get behind it, and until we do, it’s not going to get any better.”

For Davis, the issue is more immediate, not only in making a good impression on the people who are visiting for the first time and spending money in the community, but in impressing that responsibility falls on all residents.

“I think sometimes we become very complacent, and I think that’s just human nature that people think that it’s someone else’s job. It’s all our responsibility. Even if we didn’t make the trash, we could pick up the trash and leave an area better than we found it. If we could all do that,” Davis said.

For more information about PAWC’s April 7 Beaufort County Clean Sweep, call 252-917-1825, email PAWC@gmail.com or join the event on the PAWC Facebook page. PAWC is looking for individuals as well as civic and other organizations to volunteer for the event. Rain date will be April 14.

Unaccounted for energy keeps city from earning some additional…