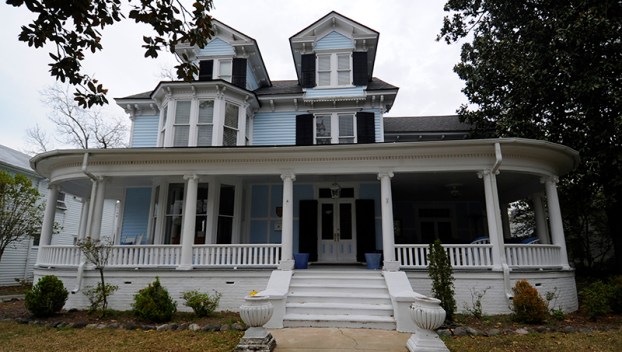 AN ORIGINAL: The original Federal-style John B. Fowle was the left side of the house, while the right side was added later during massive renovations in late 1800s and early 1900s. (Vail Stewart Rumley/Daily News)

All things change over time, from the shape of the Washington waterfront to parking on West Main Street. It’s the nature of cities to change, and their buildings along with them, both commercial and residential.

The John B. Fowle House on West Main Street is one of those buildings. The Fowle House, owned by Washington native Kim (Roy) Lee, is one of 12 homes and gardens featured on this year’s Washington Area Historic Foundation’s Spring Homes and Gardens Tour. The biennial tour is slated for April 14, from 10 a.m. to 5 p.m. 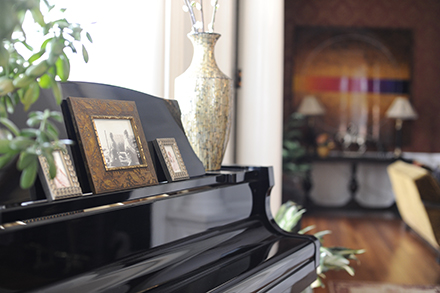 DESIGN: Old photographs atop a baby grand piano, an expansive, column-framed entry to a den and modern art blend old and new seamlessly in the Fowle House interior.

Built by Washington merchant W.H. Willard in 1816, the Fowle House started its life as a Federal-style home, approximately 50 feet closer to the river — in fact, its original footprint had it sitting only a sidewalk away from modern-day Main Street. Simplicity determined its design: a covered porch, framed by columns, offered entrance to the house.

It had several purposes over its early days: as a boys’ school, a hotel, a hospital during the Civil War, a private home, but it was when new owners (the Fowle family) and new architectural styles came together that the merchant builder’s home was transformed into a Victorian-Italianate representation of southern architecture of the era. 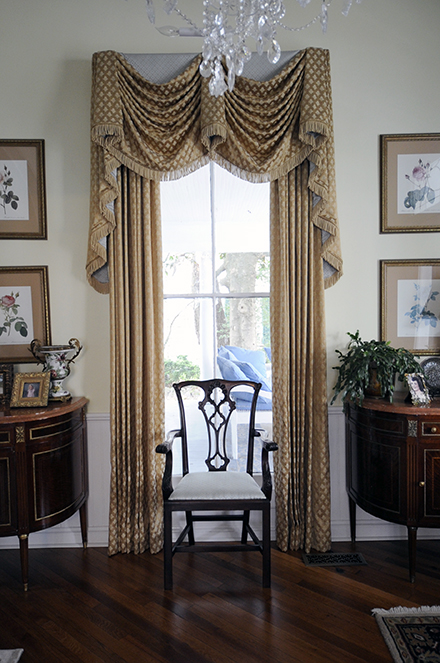 WINDOWS GALORE: One of the most striking aspects of the Fowle House is the many large windows framing the first floor of the home. Such windows were installed to capture the river breezes and send air circulating throughout the house during sweltering summers, long before air conditioning was invented.

Between the late 1800s and 1916, the home was moved to its current place — the wall dividing the sidewalk from the Fowle House front yard was once the front wall of the home’s “winter” kitchen — and the house itself was expanded. The large porch, now extending across the entire front of the house, was enhanced with columns, topped with Ionic capitals and repeating cornice brackets above each.
The column design was carried inside, as well. The living room’s expansive bay window is framed by the same, as is an arched entryway from the living room to den. As with many homes of the era, a central hall features double doors and large windows abound in an effort to court river breezes and keep air circulating through the home during the sweltering southern summers. One of many unique features is the spiral staircase, with a hand-carved banister, leading from the rear of the central hall to the floor above.

As one of the several grand homes still existing in Washington, the Fowle House is listed on the Historic Walking Tour, along with homes such as Elmwood (now the bed and breakfast Elmwood 1820), the St. Peter’s Rectory (now the Pamlico House bed and breakfast) and the Potts-Bragaw House. 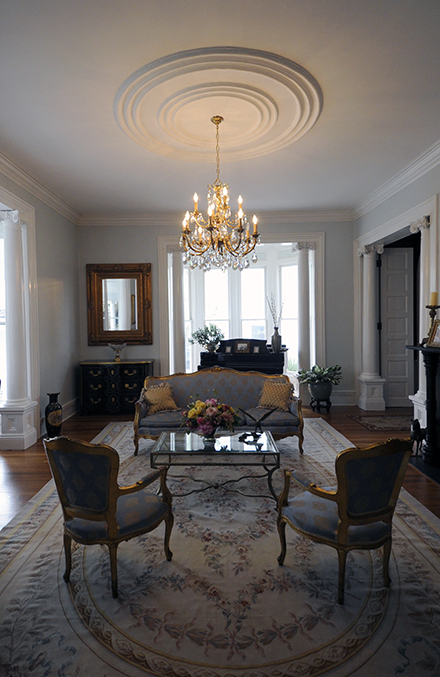 The Washington Area Historic Foundation’s Spring Homes and Gardens Tour is a self-guided tour. Tickets can be purchased $20 in advance and $25 on the day of the tour at the following locations: Washington-Beaufort County Chamber of Commerce, the Coffee Caboose and Little Shoppes on West Main Street. 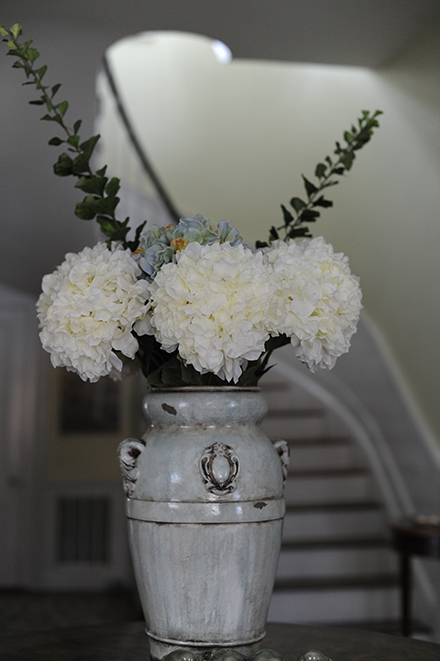 ARTISTIC TOUCHES: Floral arrangements serve as focal points throughout the house, accentuating the architectural elements, such as this spiral staircase in the central hall that climbs to the second the floor and a mantelpiece in the living room (below). 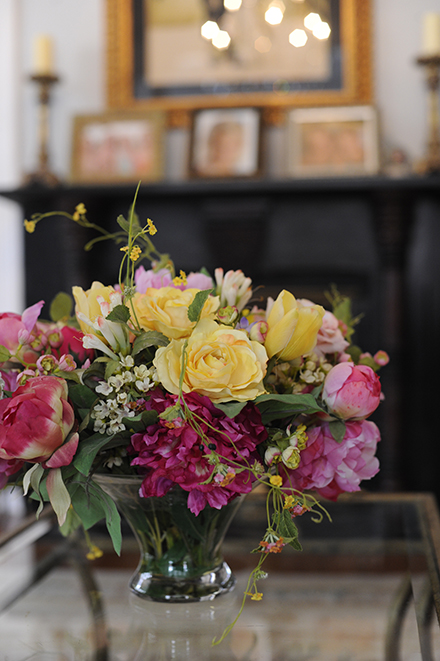