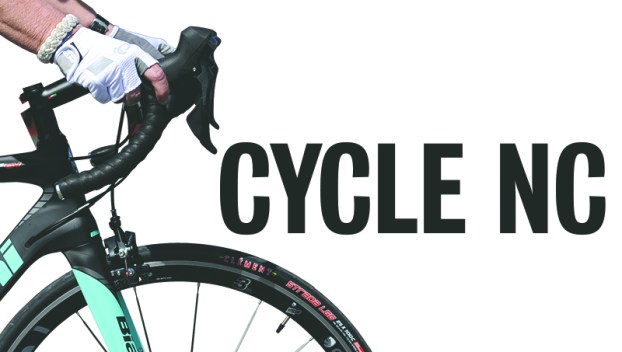 The weekend of April 20, thousands of cyclists will be pouring into the City of Washington, then out again on two wheels to cover miles of Beaufort County roads.

Cycle NC’s spring ride is an annual event — its location varies from year to year, but this year it’s back in Washington. While city and county residents may not be aware of the event until it happens, the City of Washington and Beaufort County Emergency Services have spent months planning for the influx of people and bicycles.

“It is a huge thing. We’ve been fortunate with that event in the past, that it’s gone off without a hitch, and we want to ensure it stays that way,” said Chris Newkirk, Beaufort County’s operations chief of fire/emergency management.

It’s a multipronged approach in which multiple agencies and departments will be working together to have plans in place — just in case, according to Washington Fire-Rescue-EMS Chief Robbie Rose.

“On the surface, the challenge only really comes if something bad happens, which is why you try to put a plan together for that type of event,” Rose said. “The event itself, as long as everything is going okay, isn’t that much of a challenge.”

Planning for emergency response requires the city and county to work together just as they’ve always done during natural disasters, only with a bit of imagination: what happens if there’s a multi-patient accident? If there’s a weather event, where will the city provide shelter for the hundreds of people camping on the waterfront?

“You know that’s all the kind of things we need to look at, because some of that is going to occur in the city, and some of that is going to trickle out in to the county,” Rose said. “Our typical thing (when working with the county) is something like a hurricane — something we know that’s coming that is going to be bad. Obviously, we know this is coming, with this we’re just putting the “what-if” scenario. … The disasters pretty much have more of a predicated impact, but with this, you have to sit down and think about what could happen.”

For Newkirk, it’s the daytime hours, when cyclists are traveling routes throughout the county that will require multiple agencies working together. His office is in the process of developing an incident plan that encompasses traffic control, including using sign boards to alert drivers to cyclists’ presence on routes, and determining EMS response should an accident happen. Newkirk said the county is working with Vidant to allow doctors to ride along with paramedics in the Beaufort County Quick Response Vehicles, mapping out communication between North Carolina State Highway Patrol, the Beaufort County Sheriff’s Office and EMS squads

“We want everyone to stay safe, but I’m a numbers guy. I like numbers, I like statistics, and I know that, statistically speaking, when you put that many motorists on the same road with that many cyclists, there are risks,” Newkirk said. “I’m not expecting any issues, but I want to be prepared for it in case it happens.”

Additional articles about Cycle NC’s impact in the city and county will be published preceding the event.

Enjoying the beauty of the Pamlico-Tar River from the shore is one thing. Seeing it from the water, however, is... read more