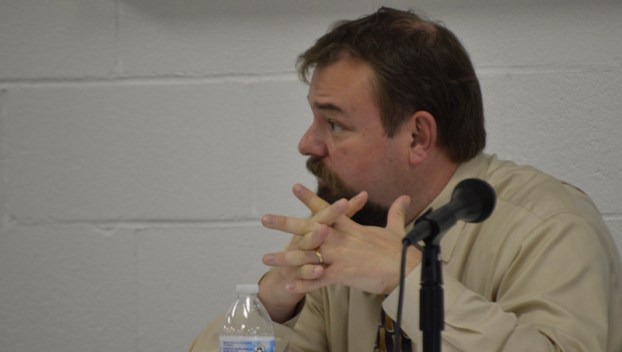 When the North Carolina General Assembly voted to enact legislation in 2013 that discontinued the practice of awarding career status to public school teachers, educators across the state were somewhat left in limbo as the state also placed a five-year moratorium on multi-year contracts.

As of July 1, that moratorium is over, and school systems throughout the state have been working in recent months to craft policies regarding how teacher contracts are to be awarded. On Thursday, the Beaufort County Board of Education, by unanimous vote, formally adopted the rules that will govern contracts for BCS educators moving forward.

A policy drafted by the North Carolina State Board of Education gave the school system a number of options as it moved forward with crafting its own policy, a process which included perspectives from administrators and teachers.

“We took that policy to our board of education, then we shared it with our school principals and had them share it with school improvement teams and groups of teachers,” BCS Assistant Superintendent Mark Doane said. “We got some feedback on the options that were out there and what would be best for Beaufort County.”

In addition to gathering feedback locally, BCS also kept a close eye on what other school systems in the region were planning. With a limited pool of teachers available, a better contract deal might entice teachers to other school systems. Doane says that, generally speaking, most surrounding systems arrived at policies similar to that adopted by BCS, which offers the possibility of a four-year contract after three one-year contracts.

In order to qualify for a four-year contract with BCS, teachers must:

“I think (the policy) has been well received,” Doane said. “A lot of our beginning teachers don’t think about contract status. There was a lot of feedback about getting rid of tenure when that came about. That was a much bigger, controversial deal. Now, there hasn’t been a lot of pushback one way or another.”