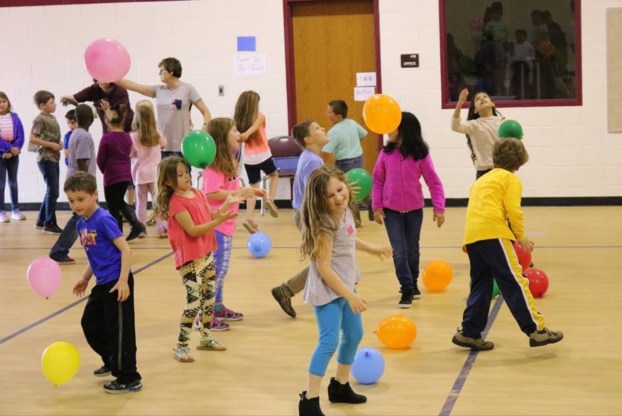 REWARDS: Students enjoy a day of fun and games at BES as a reward for positive behavior. (Bath Elementary)

Bath Elementary School had its third nine weeks Positive Behavior Intervention and Support celebration on April 13. The theme of the celebration was Minute-to-Win-It.

Our older students, grades four through eight played a variety of games including cookie face, where they placed a cookie on their foreheads and tried to get it to their mouths without touching it, and tilting cup, where they bounced a ping pong ball into cups while stacking other cups on top to make a tower.

The younger students, kindergarteners through third graders also played a variety of games including balloon juggle, where they had to keep balloons off the ground, and by thread, where they balanced a ruler on two pieces of string while racing to the finish line.

All who attended had fun. PBIS is a reward system started this school year to reward positive behavior in each area of the

The following students made either the ‘A’ Honor Roll or ‘A/B’ Honor Roll during the second nine weeks grading period... read more