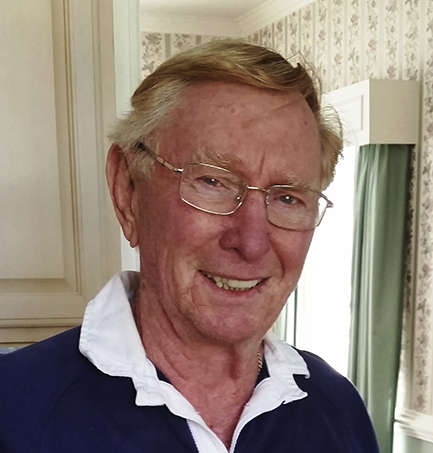 Dan A. Addiss, of Washington, passed away peacefully at home, surrounded by his loving family on Monday, April 16, 2018.

The son of Daniel E. and Mildred Willis Addiss, Dan was born in Jersey City, New Jersey, Oct. 14, 1934, and grew up in Ft. Myers, Florida, where he was a football standout at Ft. Myers High School. Dan continued his education at Georgia Military College, Troy State College and the University of Maryland.

He entered the U.S. Army in 1954 and was subsequently stationed in Germany, Korea and Vietnam as well as the Command and General Staff College. Dan was trained as a helicopter and fixed-wing pilot, earning the Army Aviator Badge and serving multiple combat tours in Vietnam including command of a 300-man, 31-aircraft unit. He directed a 16-state ROTC flight training program for 52 universities. Dan was also an Infantry Officer, earning the Combat Infantry Badge and commanded an 1,100-man unit. Dan’s awards include the Legion of Merit for Superior Leadership, the Distinguished Flying Cross and Bronze Star. After 20 years of Army service, he retired as Lt. Col. in l974.

Dan and his family lived in Naples, Florida, where he was an owner of the Witch’s Brew Restaurant and owned and operated Addiss Floor Covering Co. He was a member of the Naples Chamber of Commerce and Naples Sailing & Yacht Club. He lived in Washington, N.C. for 25 years, was a member of First United Methodist Church, Kiwanis and Washington Yacht & Country Club, where he served on the board, and enjoyed being very active in boating and golfing. He enjoyed volunteering at The Blind Center, Meals on Wheels, Salvation Army and various hurricane relief centers.

In addition to his parents, he was predeceased by his first wife, Carol Addiss, and a son, Daniel R. Addiss. He is survived by his loving wife, Nancy Addiss; a daughter, Trish Liles (Marc); a son, David Addiss and fiancée Svetlana; a grandson, Marcus Liles, and a granddaughter, Lydia Liles.

Dan was outgoing, loved people and much in life, including camping at MacDill AFB, water and snow skiing, fishing, boating and golfing. He especially loved being with his family and friends, golf buddies, church acquaintances and his cats, Parker and Brighton.

He will be sorely missed by so many whose lives he enriched. Arrangements are to be announced for a Celebration of his Life in the near future. Charitable contribution suggestions are the American Cancer Society, Wounded Warrior Project and Humane Society. Post condolences on www.hillsidefunerals.com.