Town manager reports revenues and expenses down in Columbia 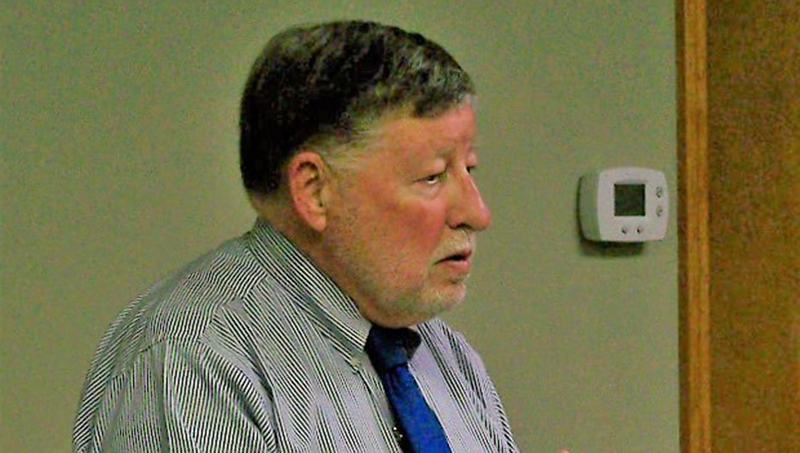 RHETT WHITE, Columbia's town manager, reported April 2 to the board of aldermen on revenues and expenditures to date. (R. McClees photo)

At the end of the third quarter revenues for the Town of Columbia were at 70% of the annual budget anticipation; expenses, meanwhile, were at 57%.

Rhett White, town manager, reported to the board of aldermen April 2 that General Fund revenues from all sources amounted to $530,787, which is 70% of the $752,822 the board budgeted last spring.

The fact that three-fourths of the fiscal year has elapsed but only 70% of the revenue has come in is “not alarming,” White said, pointing out that some sources do not pay until May or June.

On the other hand, White called attention to a payment from the state that was actually 119% of the amount anticipated when the aldermen approved the budget. Even more significant are investment earnings (185%) and CATV franchise fees (184%).

The cost of workers compensation insurance stood at 144% of budget, and retiree healthcare expense was at $115%.

Repairs to town vehicles were at 163% of annual estimate, and White explained that used vehicles are purchased and that practice almost always results in higher repair costs than experienced with new vehicles.

With 75% of the year gone, the administrative costs in the Water-Sewer Fund stood at 45%, operating expenses at 74%, other expenses at 17% (but bond principal and interest payments are yet to be made), and the Fund total expenditures were at 48%, or $358,866, on April 2.