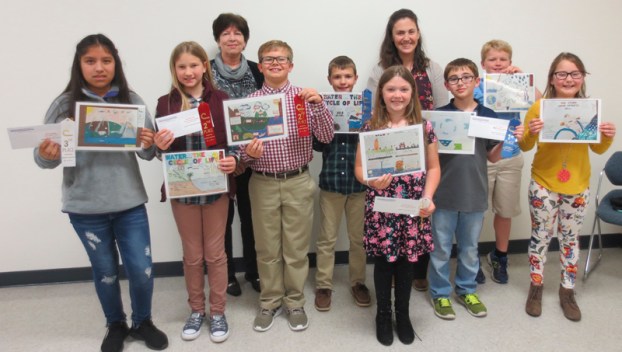 “Water…the Cycle of Life” was the theme for the 2018 poster and essay contests sponsored by the Beaufort Soil and Water Conservation District. The poster contest was open to all students in third through fifth grades in the county. The essay contest was for sixth graders only.

Debbie Boyd, Education Coordinator with Beaufort Soil and Water, presented ribbons and cash prizes to the poster winners at a recent gathering held at the Agricultural Center in Washington. The teachers who submitted first place posters also received cash prizes.

In addition to their awards, the first-place winners’ posters from Beaufort County competed with other districts in the Area 5 competition, which includes sixteen counties.