WHS class producing documentary on economic impact of the arts 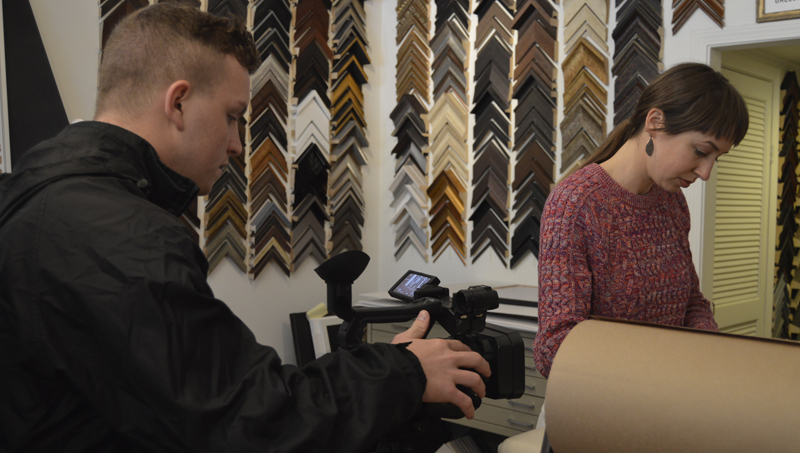 There is no question the arts have a tremendous impact on the economy of Beaufort County.

As to the magnitude of this impact, this is the topic of a documentary currently being produced by a group of students in Damon Walcott’s visual arts class at Washington High School. Those in downtown Washington on April 20 may have noticed the group of teenagers, armed with camcorders and boom mics.

Thanks to a grant from the North Carolina Arts Council, the students have some professional help in this semester-long project from local documentarian Clay Johnson. With more than 50 documentaries and programs to his name, many of which have aired on PBS and WRAL-TV, the Bath resident is serving as an artist in residence at WHS this semester, teaching the group of 19 juniors and seniors about documentary production.

“I came in early February and talked to them about principles and theory of documentary production,” Johnson said. “We went over shooting techniques and pitching documentary topics. We had a pitch session, and one student pitched the idea of the arts in Beaufort County, how they’re growing and what that means for the local economy.”

While Johnson is helping with interviews and directing much of the shooting, students are handling most other aspects of the documentary, including shooting footage, operating sound equipment and editing the final product — all experiences students might not otherwise have.

“I’m big in surfing and skating and everything like that, so I’ve always loved making videos of that kind of stuff,” student Chris Sulc said. “So I wanted to try and further my skills in editing, trying to make my videos better. Learning about documentaries has kind of taken it to another level.”

Featuring local artists and business owners such as Art Tyndall, Neil and Meredith Loughlin and Chryslin Wedderien, the documentary will premiere at the Turnage Theatre at 7 p.m. on May 30. Estimated run time is five-to-ten minutes and admission is free to the public

“I think some of them will end up producing their own documentaries at some point,” Johnson said. 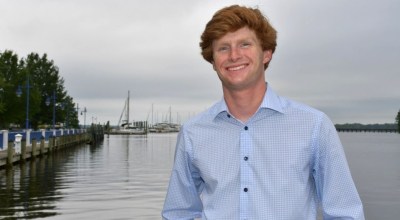 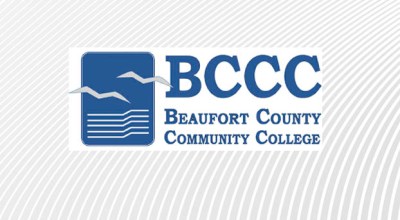 Cheeseman; “Safety is our number one priority”