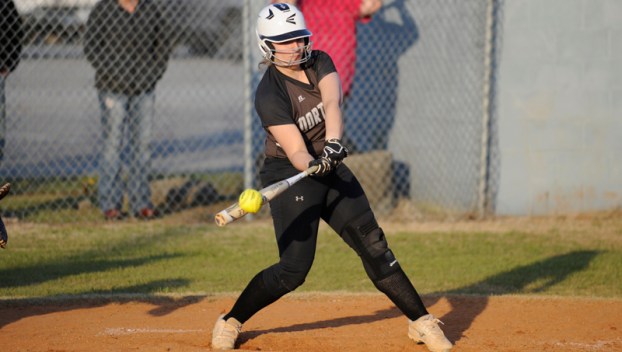 TARBORO—The Northside softball team continued its dominance over the Coastal Plains 1A Conference, scoring eight runs against host Tarboro early on in what ended up to be a 12-1 mauling Wednesday night.

Northside (11-5, 8-1), who sits in first place in the conference, wasted no time in establishing a lead against fifth-place Tarboro (9-11, 5-5). The Panthers scored four runs at the top of the game’s opening inning, followed by four more in the second.

The Vikings attempted to put up a fight and scored a run in the bottom of the second, but they just didn’t have the offensive firepower to keep up. Tarboro finished the game with three hits. The Vikings didn’t help themselves on the defensive side either, committing seven errors.

Northside, on the other hand, amassed 10 hits in the matchup of conference foes, with nearly every Panther getting in on the action. Eight of Northside’s nine starters had at least one hit in the game.

Senior Savannah Slade led the way for the Panthers, going 3-for-4 with an RBI and four runs scored. Junior Pilgreen, who hit 2-for-3 with two RBI and three runs scored, was the other Northside batter with multiple hits on the night. Seniors Whittney Cromwell and Brooklyn Hudnell, along with junior Amelia Woolard, were the other Panthers with two-RBI nights on Wednesday.

But Northside wasn’t just effective at the plate. The Panthers were also very aggressive on the base paths, swiping seven bases on nine attempts. Senior Savannah Slade and freshman Kathleen Slade led Northside with two steals each, while senior Rebekah Williams, sophomore Elyse Brinn and freshman Rylie Norman each contributed with a stolen base of their own.

Panthers’ starting pitcher Madison Braddy pitched all five innings on Wednesday, throwing 65 pitches in her time in the pitcher’s circle. The sophomore struck out five Tarboro batters in the process of picking up her seventh win of the season.

With the victory, Northside moved a game ahead of Riverside (11-1, 6-1) for first place in the conference with only four games left on the schedule. The Panthers return to action tonight, hosting rival Southside at 6 p.m.