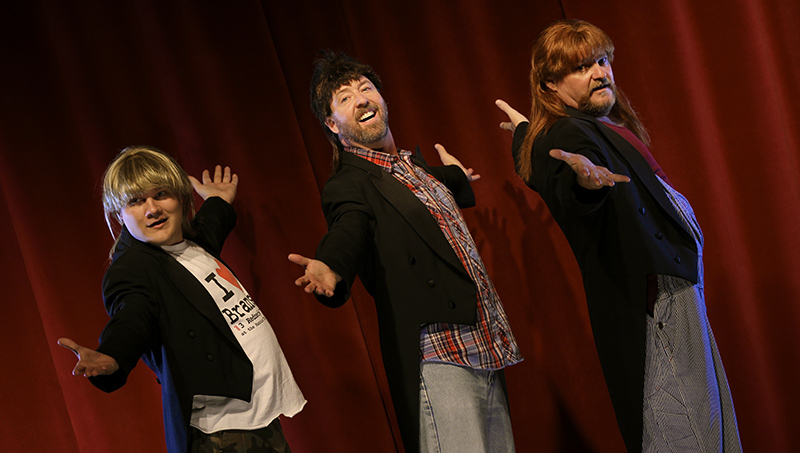 They play the part. They’re country all the way. That is, until they open their mouths.

These 3 Redneck Tenors hit Arts of the Pamlico’s Turnage Theatre stage tonight, and they’re performance is one listeners will not forget, according to Beaufort County Concert Association President Alma Friedman.

“It was awesome,” Friedman said. “We were sitting there, and they came out onstage and Stan (Friedman) just looked at me and went, ‘Hmmm.’ They came out in long wigs and jeans. They opened their mouths— oh, my goodness, we almost fell off our seats.”

Combining comedy, opera and a few country-western songs for good measure, the group is in high demand. Friedman said a Monday night was the only night BCCA could book the trio.

“They were just in New Bern three weeks ago, and our phones are ringing off the hooks — they were so good that (people) want to see them again,” Friedman said. “They were just hilarious, and we’ve been really excited to get them here.”

BCCA is a membership organization that offers a six-performance series through their annual season. However, tickets to individual performances are available for $25 each.

The 3 Redneck Tenors perform tonight at the Turnage at 7:30 p.m. For more information, visit www.gobcca.org or www.artsofthepamlico.org.

Council increases fees for use of city facilities used…