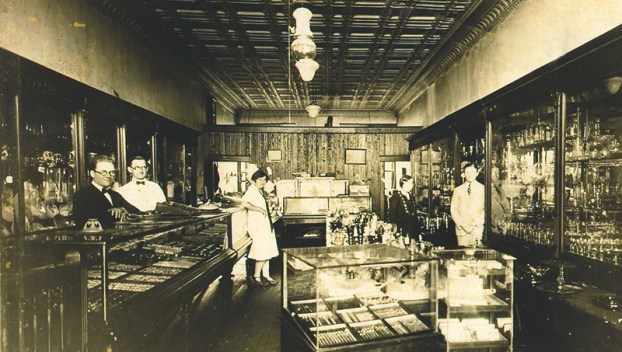 OLD SCHOOL: This historical photograph shows the store in its early days. Many of the same cabinets and fixtures at the 121 N. Market St. location are still in use today. (Stewart's Jewelry Store)

Not many things these days are made to last a century. Fewer still will meet the mark of 110 years, and only one store in downtown Washington has so well stood that test of time. For Stewart’s Jewelry Store, 2018 marks that milestone, and the future is looking as bright as the gems the store sells.

The secret to the store’s success can be attributed to three factors; quality, customer service and three generations of family involvement.

The story of the Stewart family in Washington goes back to 1870, when Edward T. Stewart moved from Virginia and established a machine shop in town. It was his son, Raymond Lee Stewart, who first established the jewelry store in 1908. Both men served on the city council, with the elder Stewart serving as mayor at the turn of the century.

From Raymond Lee Stewart, the business passed to his son, well-known public servant and Washington mayor Thomas Stewart, the very same for whom Stewart Parkway is named. Juggling his civic duties, store ownership and volunteer fire duties, Thomas ran the store full time after his retirement from public service, continuing his involvement up until his death in 2001.

“My daddy always said that our customers are our most precious gems, and he lived by that,” third-generation owner Betty Stewart recalled. “As he would say, he was the only chemical engineer who turned jeweler in the world.” 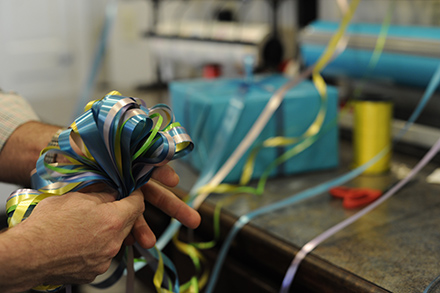 In 1986, while a registrar at Peace College, Thomas approached Betty about taking over management of the store. With her 2-year-old daughter in tow, she moved back to the area and took up the family business. She’s been here ever since.

Today, Betty, along with faithful employees Aaron Adams, Marvin Alligood and Mary Ann Leggett, have continued many of the store’s traditions into the 21st century. With one daughter currently pursuing her professional career, there may be a fourth generation of Stewarts to continue the family tradition.

“I think what has made the store successful is that it has learned to adapt to the changing environment,” Adams said. “We try to appeal to what’s going on to get customers in the store.”

With 110 years of good reputation to build upon, and customer service hearkening back to days gone by, the store is going strong. Drawing customers from throughout the region for its quality merchandise, attention to detail and beautiful giftwrapping, Stewart’s Jewelry Store is on track to make it to 150.

To learn more about the history of Washington’s oldest retail venue, visit the store during business hours at 121 N. Market St. or visit www.stewartsjewlerystore.com.

One in 10 Americans knows someone who has died from an opioid overdose. More than 2.1 million people suffer from... read more