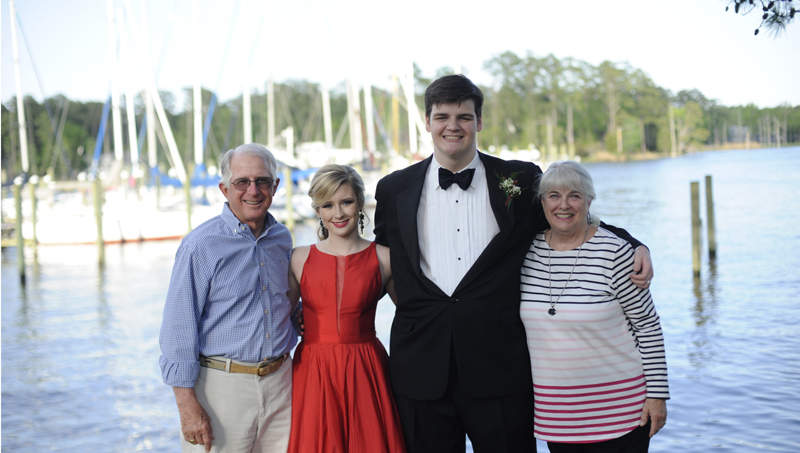 It was prom night in 1963 at Elizabeth City High School. Senior Henry Riddick had on his arm a girl he’d grown up with, ECHS junior Jane Wright. The two would go their separate ways after school, but on Saturday night in Washington, they met up again — this time for another prom.

McCotter knew the Riddicks’ granddaughter Sydney, daughter of Jim and Karen Chrisman, lived in Washington, but wasn’t aware her grandson, Will, knew her.

“It wasn’t until last weekend at Stunt Night, Will walked up to me and said, ‘Gran, this is Sydney. She’s going to the prom with me,’ that I put it together,” McCotter said.

Neither Riddick nor McCotter have photos from their 1963 prom date — then, cameras were a little harder to come by and less likely to make an appearance at every occasion, they said — but as the grandchildren posed for photos, the three Elizabeth City natives, who grew up in the same neighborhood, reminisced about their prom night in 1963, and what an odd coincidence brought them together for another prom.

“I just think that’s the most amazing thing,” McCotter said.