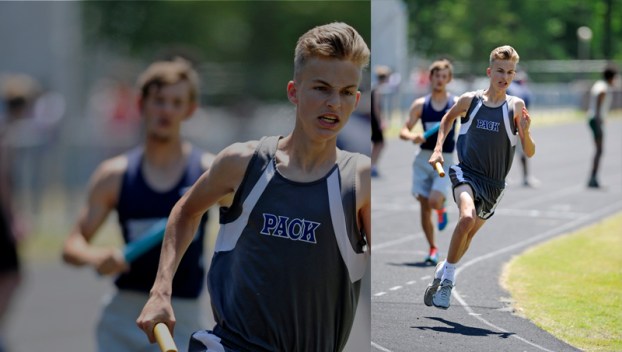 The Washington boys’ track and field team maintained its perfect record on Wednesday, winning the Eastern Carolina 2A Conference Championship held at Washington High School, as the girls’ team came in third.

154 points was enough to see the Pam Pack take the conference crowd and improve its record to 18-0 this year. Along with being conference champions and having a perfect record this year, the Washington boys’ track team also boasts the Male Runner of the year, Dawson Cox, and the Coach of the Year in Perry Owens. Kinston came in second, with 124 points, followed by Ayden-Grifton (99), South Lenoir (76), Greene Central (55), North Lenoir (55) and West Craven (48).

Helping lead the way for the Pam Pack was Cox. The Male Runner of the year, who also plays soccer for Washington, did his part by winning the 1600-meter run and 3200-meter run, while helping the 4×800 meter relay team take first as well.

Owens credits much of his teams’ successes on the fact that both teams are filled with multi-sport athletes. He said the winning mentality they bring in from their other sports, along with already being in great conditioning, went a long way in propelling the girls’ and boys’ teams to the heights they reached this year.

It is quite an accomplishment to win Coach of the Year, especially in your first year coaching the team, like Owens. But he was quick to share credit for the accolade.

“It wasn’t me that won that award, it was my staff,” Owens said. “How many other track teams have 12 assistants? Not many.”

Owens said Washington will spend the next week fine tuning in preparation for the NCHSAA 2A East Regional, which takes place May 12 at the University of Mount Olive in Mount Olive, NC.