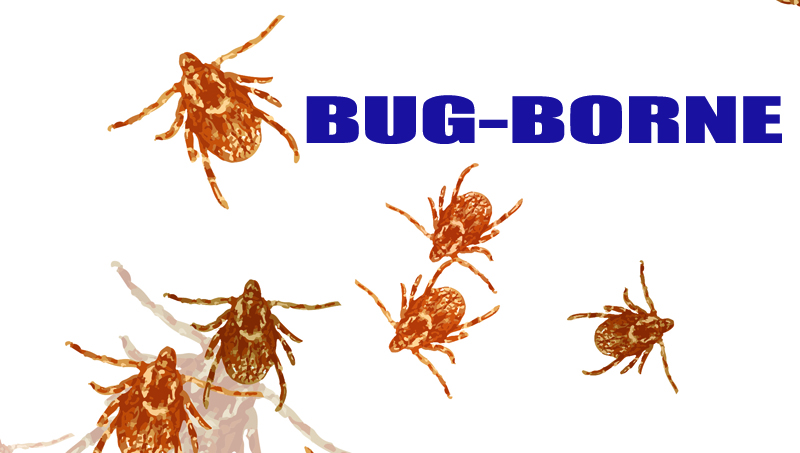 A recent Centers for Disease Control study has found that tick- and mosquito-borne diseases are on the rise.

The indication is the prevalence of these diseases is trending upward, however, the trend may have yet to hit Beaufort County, according to Jim Madson, Beaufort County Health Department director.

“In Beaufort County, we have not noticed a big difference, but relatively speaking, our numbers are so low we don’t normally see the trends,” Madson said. “If one year we have one case, and the next year we have three — percent-wise, that’s quite a bit of an increase.”

Part of the increase could be attributed to more surveillance and, though the diseases have existed, reporting protocol is better than before. Another factor is exposure: people are traveling more frequently to places where disease such as Zika and dengue are more prevalent, then bringing them home from their travels.

Of the mosquito-transmitted diseases, Madson said eastern North Carolina is more likely to see encephalitis viruses such as West Nile and La Crosse. With both viruses, most people display mild to no symptoms, however, others will experience fever, headache, nausea, vomiting and tiredness. With West Nile virus, about 1 in 150 people will develop a serious or even fatal illness, according to the CDC; with La Crosse, children under the age of 16 are more likely to develop a serious illness.

“Both of those are going to feel like a flue without the respiratory (symptoms), it’ll be fever, achiness, headaches,” Madson said.

Medical treatment should be sought if those symptoms are being experienced, especially if the ill person has been exposed to mosquito bites, he added.

As for prevention, Madson said precautions can be taken by individuals, in addition to the efforts the county health department takes.

“In Beaufort County, we do mosquito surveillance. We have traps set out up until October, and we’re not only looking for numbers but identifying species to determine if they are the disease carriers,” he said.

Though wearing mosquito repellant with DEET will keep the bugs at bay, residents should take precautions on their properties by removing the breeding grounds for mosquitos.

“A lot of mosquitos are in your yard, and that’s when you want to go through your yard, and throw out any containers, pots, leaves in gutters. Change outdoor water bowls (for pets) and birdbaths at least once a week,” Madson said. “If you a have a little decorative pond, make sure you have fish in there that like to eat mosquito larvae.”

In Beaufort County, the health department sees more spotted fever than any other tick-borne disease, though Lyme disease has migrated south over time. Symptoms of spotted fever include sudden onset of fever, headache and muscle pain, followed by development of rash.

“Ticks are going to be in your sandy areas with high grasses more so than anywhere else,” Madson said.

When hiking or working outside, wearing long pants is a preventive measure — if not long pants, then light-colored clothing is the next best option so ticks can be spotted. Madson said people should check for ticks after being outdoors; if an attached tick is found, remove it immediately with tweezers, but gently enough to keep the head intact.