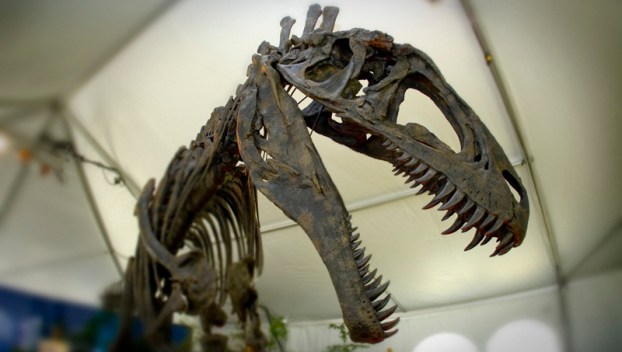 HELP THE CAUSE: Attracting more than 10,000 people to Aurora each year from all over the world, the Aurora Fossil Festival is one of Beaufort County’s most notable spring events. With a budget shortfall this year, the festival committee is looking for donations to help make the festival’s 25th anniversary a memorable occasion. (Daily News)

For 25 years, the Aurora Fossil Festival has been a mainstay of Beaufort County’s Memorial Day festivities. The signature annual event for the town of Aurora, the festival draws paleontology and geology buffs from around the world.

This year, however, the Fossil Festival needs the community’s help. From amusements and entertainment to security and portable toilets, events of this magnitude cost big money. With all funding for the event coming from donations, a shortfall in anticipated giving has placed the festival in a difficult position.

“This year, the biggest challenge has been getting donations,” festival committee member Wayne Sawyer said. “This is all donation based. We come up with a budget each year and keep getting larger and larger. With this being the 25th anniversary, we were planning to go a little bigger than we had been.”

With a $36,000 budget for this year’s festival, the committee recognized a shortfall during early planning stages. After beating the bushes for donations, the group has managed to cut the short fall down to approximately $6,000.

While funding is a major concern for any event of the festival’s scale, for committee members, the fossil festival is about far more than dollars and cents. With many children in the Aurora-Richland area living in difficult economic conditions, the committee has made a point of not charging for any of the amusements.

Speaking on the free nature of both the festival and the Aurora Fossil Museum, museum director and festival co-chair Cynthia Crane says that it is important to make sure that both are accessible to local kids.

“Being the area we are, we don’t charge for anything,” Sawyer added. “The kids come, and they ride for free. If they don’t have money for a soda, we give that to them. Because there’s not a lot going on for them, this is kind of something to look forward to.”

While the funding hurdles may present a slight difficulty for the festival this year, Sawyer says he sees the event continuing on into the future.

“We’re going to continue to do it,” Sawyer said. “We might have to downsize a little bit more next year, but there’s enough concerned people here in and around Aurora who want to see this thing happen. Once we get through this year, we’re going to sit down and regroup and see which direction we need to go.”

Individuals or organizations interested in making donations to the festival can visit the Aurora-Richland Chamber of Commerce or mail a check to the organization at P.O. Box 326, Aurora, NC 27806. For more information, call the chamber at 252-322-4405 or the Aurora Fossil Museum at 252-322-4238.