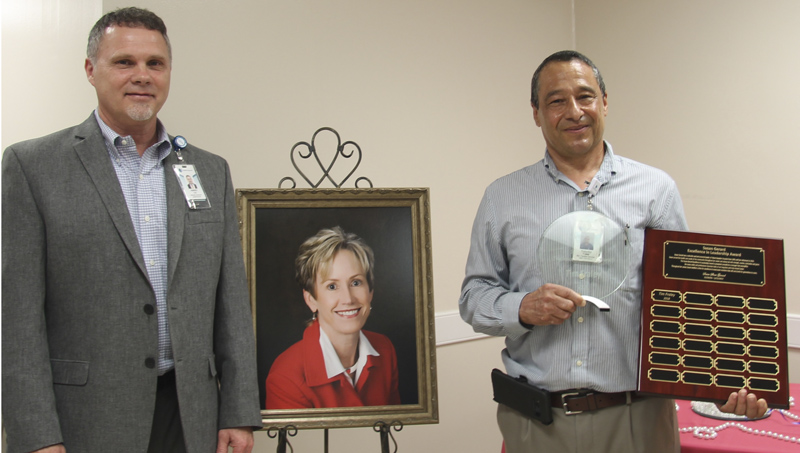 This award was established to honor and remember Susan Gerard for the many contributions that she made to the local health-care system and to annually recognize a manager that exemplifies the many noble and professional character traits of the hospital’s long-time and truly missed leader.

Gerard was a valuable and instrumental leader of Vidant Beaufort Hospital from 1998 until her retirement in 2016. She served the health-care needs of the community throughout her career and always led with strength, resolve, dedication and grace.

Fraley has served at Vidant Beaufort for nearly 42 years. In 2013, Gerard named him as the manager of the plant-operations department because she trusted him to lead the hospital’s facility management; and he has done so with excellence. The award criteria are representative of the life that Gerard led, both personally and professionally. Fraley embodies all of these traits each day that he comes to work. He was nominated by his peers based for exhibiting these traits:

A fellow colleague’s nomination reads: “With this being the first Susan Gerard Excellence in Leadership Award, it pleases me to know Tim worked side by side with Susan for many years. There is no better representation of Vidant Beaufort leadership than that which is found in Tim Fraley.”

Fraley takes tremendous pride in his work, and he and his team have worked tirelessly for many years to make sure the facility and equipment are ready for taking care of patients. Fraley was an undeniable choice for this well-deserved recognition.