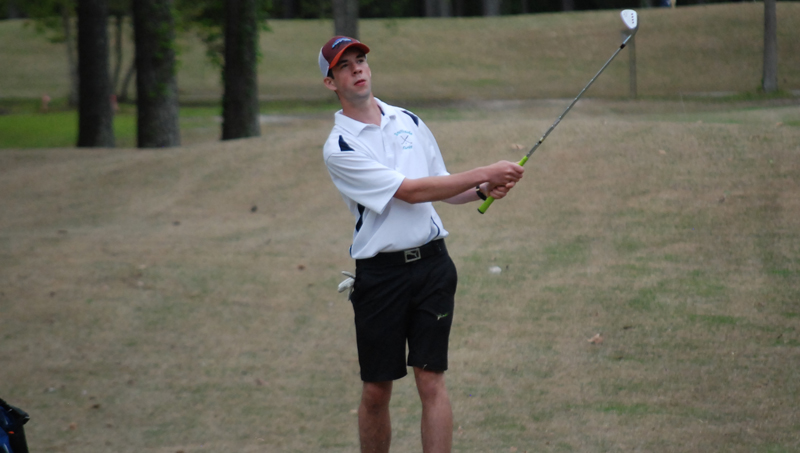 FORE!: Southside’s Luke Matthews watches his shot at the Coastal Plains 1A Conference Championship earlier this season. Matthews was the Seahawks highest finisher at the NCHSAA 1A Men’s Golf State Championship, which ended on Tuesday. (Sean Finnerty | Daily News)

Southside capped off its conference title-winning season with a twelfth-place finish at the NCHSAA 1A Men’s Golf State Championship at Foxfire Golf Club and Resort on Tuesday.

The Seahawks shot a score of 789 over the course of the two-day tournament, scoring 391 on Monday before wrapping up the season by shooting 398 on Tuesday. Southside finished three strokes behind 11th place Mitchell. Community School of Davidson took home the team state title, shooting 640, which was 27 strokes better than second place finisher Lincoln Charter.

Luke Matthews led the way for the Seahawks, shooting 184, while Trey Branch was right behind with a score of 187. Colt Dixon (194), Cole Godley (224) and Santiago Serralde (230) filled the remaining spots as Southside’s five-member team at the state championship. 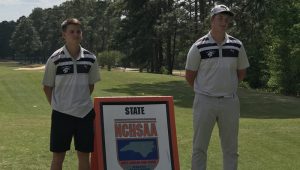 The Seahawks weren’t the only representatives from the Coastal Plains 1A Conference at the state championship. Northside’s Bryson Radcliffe and Braeden Cooper earned invitations to compete as individuals through their performances at the regional tournament on April 30. Radcliffe finished tied for 34th place, shooting 179. Cooper concluded the tournament with a score of 180 to end up in a tie for 40th. Highland Tech’s Addison Beam won the individual state title with a score of 150.

Raiders pillage Community Christian to move on in playoffs