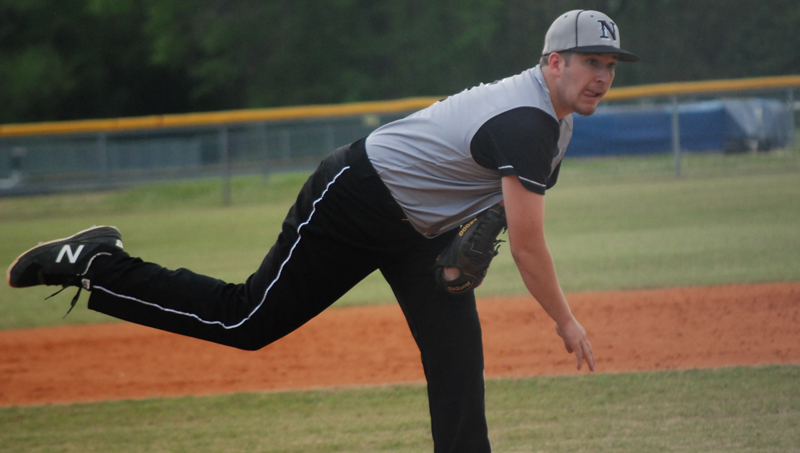 On May 1, Northside honored its graduating players with a Senior Night ceremony. But the night became even more special for one player in particular. Before hitting the field for his last regular season home game, Zach Woolard was presented with the 2018 Bryan Keith Woolard Memorial Scholarship.

The starting pitcher with a 9-1 record and 1.77 ERA became emotional when he received the award.

“It’s a huge honor, in all honesty,” Woolard said. “It’s such a big honor, it brought me to tears in front of everybody out there.” 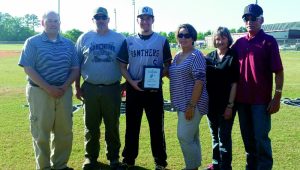 DESERVING RECIPIENT: Zach Woolard was awarded with the Bryan Keith Memorial Scholarship prior to the last home game of the regular season on May 1. Pictured with Woolard from left to right are Bryan’s former Northside teammate Chad Alligood, Zach’s parents Alex and Jennifer, and Bryan’s parents Wendy and Keith. (Contributed)

The scholarship was created to memorialize Bryan Keith Woolard, a member of Northside’s 1994 2A state champion baseball team who tragically died in a car crash in 2009. Since then, the scholarship has been annually awarded to a senior baseball player who’s been on the team all four years and exhibits the same love of the game as the former Northside baseball Defensive Player of the Year and team Most Valuable Player.

Keith Woolard, Bryan’s father and member of the scholarship’s selection committee, said he wished the $700 scholarship could be given to every senior because they’re all deserving of it. It’s a sentiment Zach agrees with.

“It means a lot to me that I was picked out of everybody on my team that could be selected for that award because everybody on our team was worthy of it,” the right-handed pitcher said.

The graduating Woolard plans to attend North Carolina Wesleyan College in Rocky Mount, where he will major in criminal justice and play baseball.

Conference player of the year drives Pungo golf to…