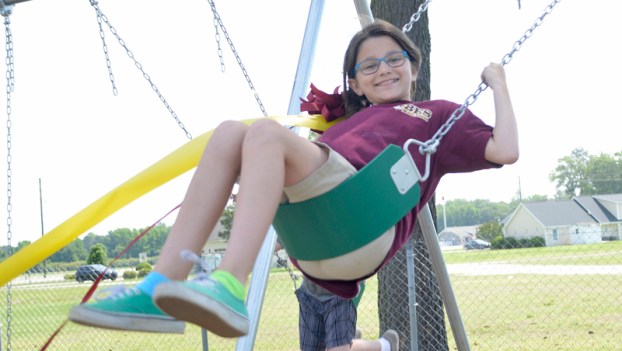 SWINGING HIGH: Emrie Scott, a Bath Elementary fourth grader, was among the first to test out the new swing set at the elementary school’s playground, a piece of equipment which may last for generations. A piece of ribbon from the ceremonial ribbon cutting on Tuesday hangs from the swing’s chain. (Matt Debnam/Daily News)

Each October, the Bath Elementary School Fall Festival is a major event for the community. While from a child’s perspective this event may seem to be all fun and games, the purpose behind the festival is so much greater.

The biggest fundraiser of the year for the Bath Elementary Parent Teacher Organization, proceeds from the festival are used to fund teacher requests in classrooms, the school’s band, the math club, Science Olympiad participants and more.

Perhaps even more tangible for BES students, kids had their first opportunity to try out a new swing set on Monday, now in place thanks to the efforts of the PTO’s playground improvement project. Thanks to friends, family members and corporate sponsors, the first phase of the project, is now complete.

“It’s a big deal for this community to raise large funds to sponsor these kind of things,“ BES PTO President Sherrie Coidan said. “They’re so fundamental to the educational experience.”

The school’s old swing set, which was first installed more than 30 years ago, was no longer safe at the beginning of the year, and swings were removed to ensure the wellbeing of students. The new swingset, which cost $6,500, is only phase one of the project, with the next step being a basketball/four square court for the middle school students. 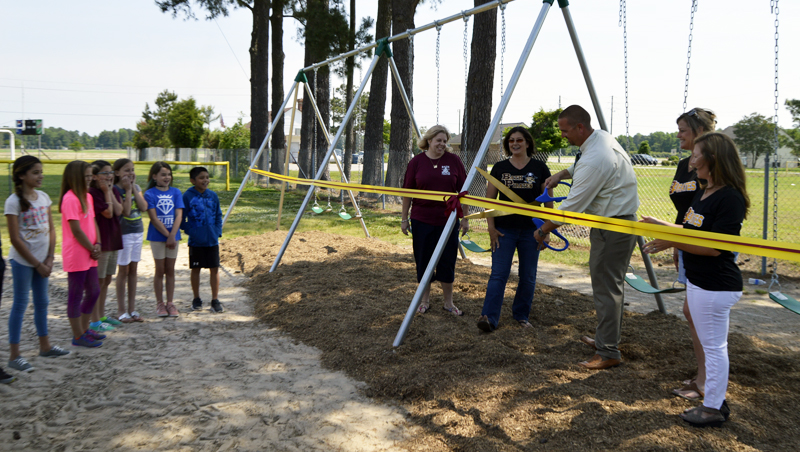 While requests for playground equipment are typically included in the school system’s annual capital budget, Beaufort County Schools has a long list of projects on its plate, and items such as playground equipment can easily end up on the back burner. By raising funds from the community to fund these needs, the PTO can take immediate action to address issues.

“We understand funds are limited,” Cordain said. “We also understand the power of community, and that’s what makes this so beautiful.”

The Bath Elementary PTO will hold its next major fundraiser from 5:30 to 9 p.m. on June 1, hosting a Kick-Jam Kickball Tournament. Teams of adults and kids

For more information, click to the Bath BES PTO page on Facebook, or email BathPTO@gmail.com. Registration is $75 per team, with a deadline of May 30.

For a young person seeking to learn the basics of first aid, there are no greater teachers for such lessons... read more