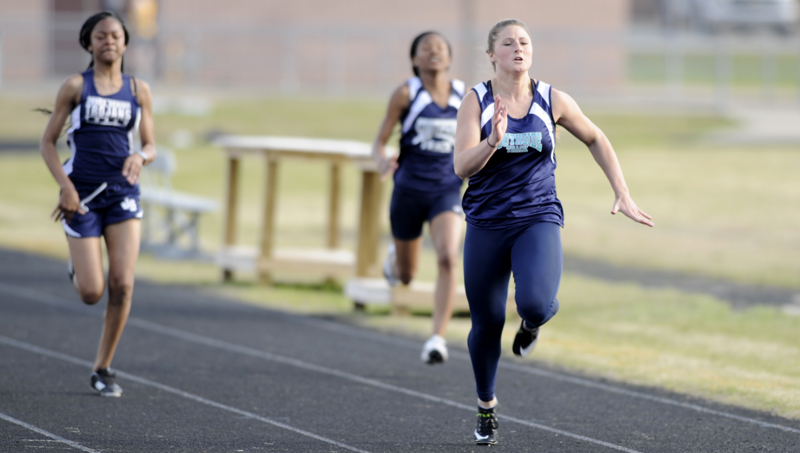 The Seahawks continue to soar around the track, as their girls’ track and field team captured first at the NCHSAA 1A East Regional and the boys’ team finished in second on Friday at Greene Central High School.

Southside coach Andrea Quinerly was especially happy with how his teams handled the conditions at the track meet.

“It was extremely hot, they haven’t experienced heat like that all year. A lot of our aces, so to speak, have multiple events and it was a quick-paced meet,” Quinerly said. “I was very pleased that they responded well, accepted the challenge and they did a great job.”

The Seahawks’ star of the day was Jacqueline Wood, who owns the school record in both the 100-meter and 200-meter dashes. She took first in all four of her events, the 100, 200, 4×200-meter relay and 4×400, to score 40 points for Southside. Eminey Redmond, the defending 1A state champion in the long jump, along with Na’keya Johnson and Nytayzia Wishop, ran with Wood on the 4×200 and 4×400 relay teams.

Southside will send 30 athletes to compete at the NCHSAA Track and Field State Championship this Friday at North Carolina A&T State University. 14 Southside girls qualified, while 16 boys made the cut. Among those making the trip to represent the Seahawks will be Wood, Redmond, Johnson, Wishop, Kenzie Woolard, Jonquil Haywood, Aiden Kelly, and freshmen Laquisha Woolard and Jasmine Street.