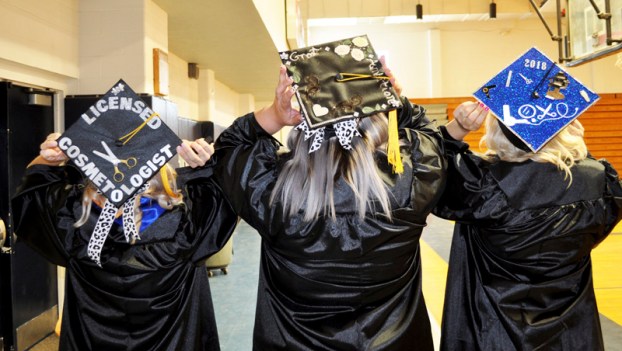 BRIGHT FUTURES: A total of 235 students graduated from BCCC this semester.

BCCC Class of 2018 turns its tassels

Beaufort County Community College held its commencement exercise for its graduating students on May 11. The Class of 2018 saw 235 students graduating, including 46 from the Associate Degree in Nursing program. The 51st commencement exercise marked the first for President Dave Loope, who started in his position in June 2017. The graduating class included 52 high school students enrolled through early college high school and Career and College Promise programs.

BCCC proudly welcomed Clark Twiddy as its commencement speaker. Twiddy is a native of eastern North Carolina and currently serves on the North Carolina State Board of Community Colleges. He also serves as co-chair for the State Board of Community Colleges Strategic Planning Committee and is committed to workforce development. In his professional life, Twiddy is chief administrative officer at Twiddy & Company, a family-owned business that has been serving the Outer Banks for 40 years. Twiddy is a graduate of Virginia Military Institute, combat veteran of the U.S. Navy, having served as Lt. Commander with U.S. Naval Intelligence.

At the end of his speech, Twiddy turned his phone to the graduates, asked them to raise their hands and wave, and tweeted the picture out to his followers.

Two BCCC employees, James Mann and Darian Stoica, were among those receiving their associate degrees. Mann is a grounds and maintenance mechanic, and Stoica is the assistant to admissions.

BCCC wishes all the best to the departing students and hopes that they return to share their success stories with their former instructors.

The May 8 primary is history, but what is next in the 2018 election cycle in Beaufort County? The primary... read more