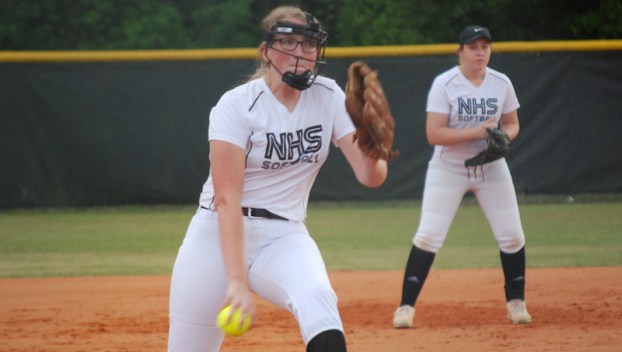 Northside softball upsets East Carteret to move on to 4th round

BEAUFORT — After not being tested through the first two rounds of the playoffs, Northside proved to be giant-killers, slaying top-seeded East Carteret on Tuesday with a 3-1 win in nine innings.

The Panthers breezed through their first two playoff games, winning by an aggregate score of 36-2. But they knew Tuesday’s game against East Carteret, the number-one seed in the East bracket of the NCHSAA 1A Softball State Championship, would be a real test.

Heading into the game, Northside coach Gil Robbins described the third-round matchup with the Mariners as “the type of game to measure your team by.” Robbins was more than pleased with how his team performed against East Carteret, who had only one prior loss coming into the game.

“We proved our resiliency, there’s no doubt about it,” the Panthers’ coach said. “I was really proud of the girls. That’s the kind of game that makes memories for a lifetime.”

Northside struck first, scoring a run in the third, despite being the underdog as the number-nine seed. Elyse Brinn led off the inning by hitting a double to place herself into scoring position. Savannah Slade moved Brinn to third with a base hit, before a Teagan Pilgreen single drove Brinn home. The Mariners responded with a run of their own, scoring in the bottom of the fifth with the help of several defensive errors from the Panthers.

The two teams battled back and forth over the next three innings, without either being able to break the deadlock. But all that changed in the top of the ninth.

With two runners on in a tied game in extra innings against the top-seeded team in the playoffs, Robbins turned to a freshman. Rylie Norman entered the game as a pinch hitter and rose to the occasion. Norman hit a 2-RBI double, scoring Rebekah Williams and Brooklyn Hudnell to make the score 3-1 in Northside’s favor. Panther starting pitcher Madison Braddy then saw the game out in the bottom of the ninth, making sure the Mariners didn’t mount a comeback.

Braddy’s pitching proved pivotal in the game, mostly shutting down a team that scored 296 runs coming into Tuesday. The sophomore pitched all nine innings for a complete game, allowing five hits while striking out six Mariners. The only run she surrendered was unearned, coming as the result of her own defensive error.

Slade led Northside at the plate, going a team-best 3-for-5. Brinn and Rebekah Williams were the other Panthers with multiple hits, as both finished the game with two hits apiece.

Up next for Northside is the fourth round of the playoffs, where the Panthers will play Camden County. The Panthers will head to Camden on Friday to face off against the Bruins at 6 p.m.

WASHINGTON — Washington’s dreams of making a deep run in the NCHSAA 2A soccer playoffs came to an end Saturday... read more