Northside faces off against Camden County in 4th-round playoff game 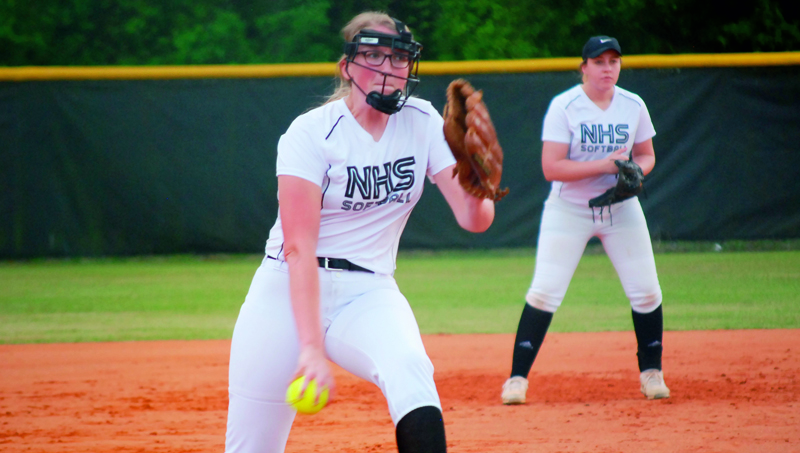 ACE PITCHER: Northside’s Madison Braddy throws a pitch in a game from earlier in the year. The Panthers will look to Braddy to continue her strong pitching in order to defeat Camden County tonight in the fourth round of the 1A state playoffs. (Sean Finnerty | Daily News)

The beginning of the 2018 softball season did not go as planned for the Northside Panthers. They opened the year with a 12-1 loss at home to South Central, recording more errors, five, than hits, two, in the game. Northside bounced back with a resounding victory over Columbia, winning 18-0. But that was followed by a 5-3 loss to South Central, an 8-1 drubbing at the hands of Washington and a 5-4 loss to Bear Grass Charter.

A record of 1-4 was not what Northside was hoping for two weeks into the season. But to be fair, the three non-conference teams that handed the Panthers those four losses combined to lose only four times through the course of the entire regular season. Choosing to have such a strong non-conference schedule put Northside into an early hole, but it might’ve also benefited the Panthers to play such quality opponents so early on in the season.

Following that loss to Bear Grass, Northside went on a tear, winning 14 of the 15 games it had remaining on the schedule. Not only were the Panthers winning, they were blowing teams out. In that 15 game stretch, Northside scored 168 runs, while allowing its opponents to score 28. Its only slipup in that run, a 13-8 road loss on April 18, came at the hands of Riverside, who the Panthers actually beat 6-0 at home five days prior.

Few might’ve have predicted it after the 1-4 start to the season, but Northside is the only county team left in the NCHSAA state playoffs. The Panthers head to Camden today for a fourth-round game of the 1A playoffs with a trip to Regionals on the line.

The playoffs couldn’t have begun more smoothly for Northside head coach Gil Robbins and his girls. They opened the first round with a 19-2 home win over Cape Hatteras, before hitting the road in the second round to defeat KIPP Pride 17-0. The third round is when things got more challenging, as the Panthers were matched up with No. 1 seed East Carteret.

Northside came up with perhaps its most impressive result of the season, defeating the Mariners 3-1 in nine innings. Panthers’ starting pitcher Madison Braddy, who had a 0.92 ERA and 81 strikeouts in the regular season, was instrumental in shutting down an East Carteret offense that averaged 12.4 runs per game. The sophomore pitcher limited the Mariners to five hits and struck out six batters, while only surrendering an unearned run, which came off her own defensive error. 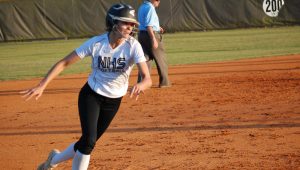 Northside’s batters are in good form as well, combining for 43 hits through the first three rounds of the playoffs. Teagan Pilgreen, who ranked first on the team with 35 hits and second with 30 RBI during the regular season, has continued coming up with big hits in the post season, including an RBI to score her team’s first run against East Carteret. Savannah Slade is another who’s producing at the plate, as she totaled three hits against the top-seeded Mariners.

Camden County comes into today’s fourth-round matchup on a six-game win streak, not having tasted defeat since April 23, when the Bruins fell to Perquimans, 7-6. Finishing the regular season 18-2-1 gave Camden County the four-seed, as well as a first-round bye, so it might feel a little fresher than Northside, who will be playing in its third-straight road game.

Camden County opened its postseason campaign with a 2-1 win over Manteo, a squad the Panthers defeated 7-1 a week before the playoffs began. But the Bruins followed that with a convincing 8-0 win over Bear Grass, one of the teams that beat Northside during its early season struggles.

Camden County will look to Hailey Bunting to neutralize the Panthers’ bats. The sophomore with 12 wins to her credit finished the regular season with a 1.50 ERA, while allowing 36 hits and striking out 99 batters in 70 innings of work. At the plate, the Bruins will look to Morgan Nash and Carleigh Simmons to deliver the goods. Nash, a senior led the team with 31 hits and chipped in 27 RBI, good for second on the team. The freshman Simmons led Camden County with 30 RBI, while her 24 hits were good for fourth highest on the team.

Having just knocked out the East bracket’s No.1 seed, Northside won’t be short of confidence heading into tonight’s game. This fourth-round matchup will be decided by which pitcher can best neutralize the opposing team’s high

Pam Pack softball falls out of playoffs despite stellar…