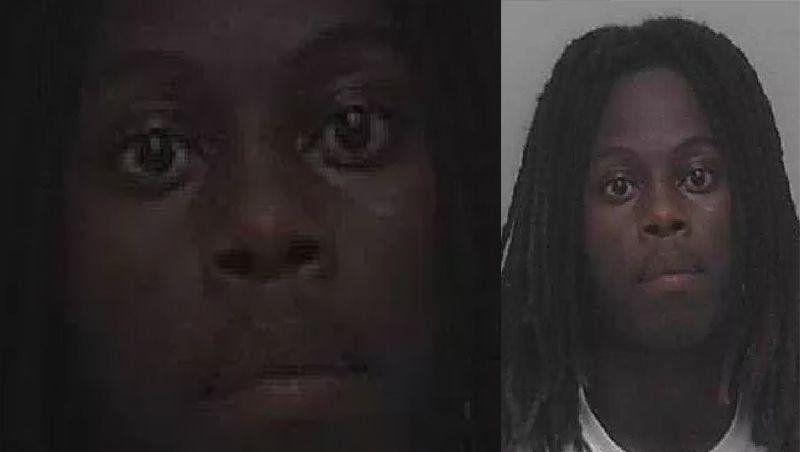 A shoeprint at a crime scene was one of the key pieces of evidence in helping the Beaufort County Sheriff’s Office crack a pair of break-in cases, subsequently leading investigators and a school resource officer to discover a gun at Washington High School on Friday.

According to a press release from the Beaufort County Sheriff’s Office, on May 7, the BCSO received a report of a break-in at a home on Sunnyside Drive in Washington. The homeowner reported someone had forcibly entered her home while she was away and took several personal items, including jewelry, electronic devices, video games and money.

Based on physical evidence at the scene, investigators believed the break-in was committed by juveniles. According to BCSO Lt. Jim Vanlandingham, the home was essentially vandalized.

“That was the key to us that it was juvenile behavior,” Lt. Jim Vanlandingham said. Most thieves want to be undetected. They want to get in your house, find something of value and be out of your house before they get caught.”

The release states that ten days later the Sheriff’s Office received a second report of a home break-in on the same street. During the second break-in two hand guns, electronic devices, jewelry and money were stolen.

According to the release, BCSO Deputy Jim Mills, who responded to the second break-in, noticed and made contact with a 14 yr. old juvenile in the neighborhood. Mills made note of the shoes worn by the juvenile and located the same footprint at the crime scene when it was processed.

“That was some pretty alert work by Deputy Mills,” Lt. Jim Vanlandingham said. “Looking for footprints at a crime scene is like crime scene 101. He looked at the kid’s shoes, came back to the office after he photographed the foot print at the crime scene and googled the shoe the kid was wearing. He found an image of the shoe tipped up so you can see the pattern and it matched. Sometimes that’s all it takes, is one little detail to tip the scales. ”

On May 18, the release states that BCSO investigators took over the case, which led them to Washington High School. While continuing their investigation by conducting interviews of potential suspects, a school resource officer located a loaded, stolen handgun from the second break-in in a student’s backpack.

Vanlandingham said that there did not appear to be any intention to use the gun for violent purposes at the school, but that the suspect in possession of the stolen firearm may have intended to transfer it to another person during the course of the day.

After that discovery, an unnamed 14-year old, an unnamed 15-year old and James Raheem Corprew, age 16, of Washington, were immediately taken into custody. Corprew and the unnamed 15-year old were both charged with felony possession a gun on campus. The unnamed 14-year old was charged with two counts of felony breaking and entering, two counts of felony larceny after breaking and entering and one count of larceny of a firearm.

The unnamed juveniles are currently being held in the Pitt Juvenile Detention Center. Corprew was taking before a Beaufort County Magistrate and ordered held on a $15,000 secured bond. The investigation is continuing as BCSO investigators continued to follow leads in an effort to recover more of the stolen property.