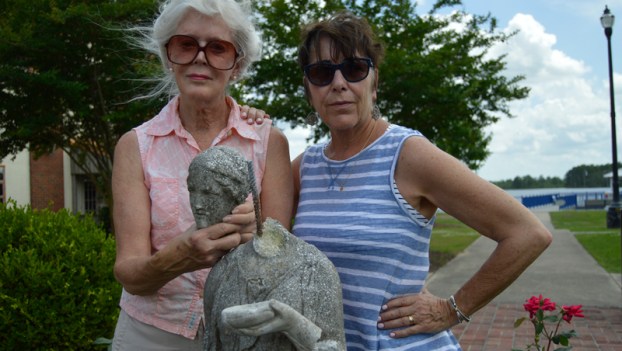 An antique statue, standing as the centerpiece of Harding Square, was seriously damaged in an apparent act of vandalism Monday evening, and the Washington Area Historic Foundation is offering a $200 cash reward for information leading to the arrest of those responsible.

“It appears that the white female tied some type of object around the statue and pulled the statue,” Drakeford said. “We are waiting to get a video from another place that should have a better angle.”

Washington Parks and Recreation personnel discovered the overturned statue early Tuesday morning, at which point they called WAHF member Dee Congleton. An officer from the Washington Police Department was dispatched to investigate the scene. 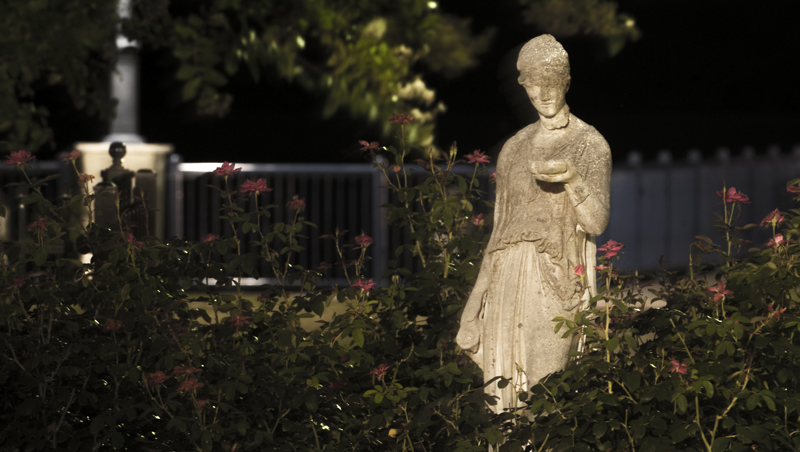 ILLUMINATED: The statue stands intact amidst the rose bushes at Harding Square prior to the act of vandalism on Monday evening. (Daily News)

The Washington Area Historic Foundation, the Washington Garden Club and Washington Parks and Recreation jointly maintain Harding Square, a popular stop for individuals and families enjoying the Washington waterfront. Complementing the square’s vibrant gardens and elegant brickwork, the statue has stood as a focal point in the garden for the past eight years.

Congleton said the statue was dragged from its location at the center of the garden’s rose bushes onto the brick walkway. The statue, which was donated by WAHF President Don Stroud, was beheaded and suffered damage to its left arm.

A member of the community has offered to try and help Congleton repair the statue.

Drakeford said the video footage also showed a car on Water Street at approximately the same time as the vandalism took place. Passengers in that vehicle may have witnessed the suspects in the area. Anyone with information regarding the vandalism should call the Washington Police Department at 252-946-1444 or Beaufort County Crime Stoppers at 252-946-7111. For information on the cash reward offered by the WAHF, contact Congleton at 252-946-6896.