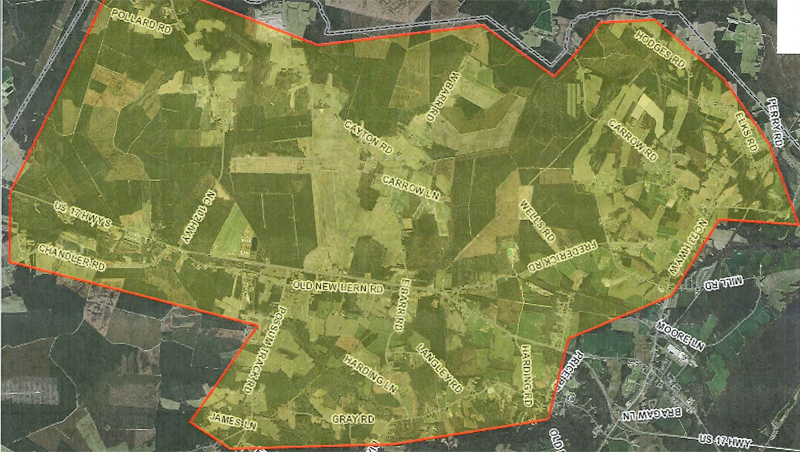 SYSTEM PRESSURE ADVISORY: Areas of the map highlighted in yellow are under a system pressure advisory until further notice. (Beaufort County)

A system pressure advisory has been issued by the Beaufort County Water Department for portions of the South Side Water District. Customers in the impacted area may experience outages and periods of low pressure. This advisory was issued in the evening hours of May 21 and remains in effect until further notice.

Vigorous boiling for one minute should kill any disease-causing organisms that may be present in the water. It is further advised that customers conserve water whenever possible.

Cloudiness or discoloration may also appear in your water when it is restored. These changes should only be temporary and should clear after a short period of time. Please refrain from washing laundry if any discolored water is noticeable, as it could stain light colored clothing.

According to officials from the Water Department, the low pressure was caused by a damaged fire hydrant. The department has repaired the damaged hydrant and samples of water are being tested to ensure that water is safe for human consumption. Results from those tests may not be returned until Wednesday.