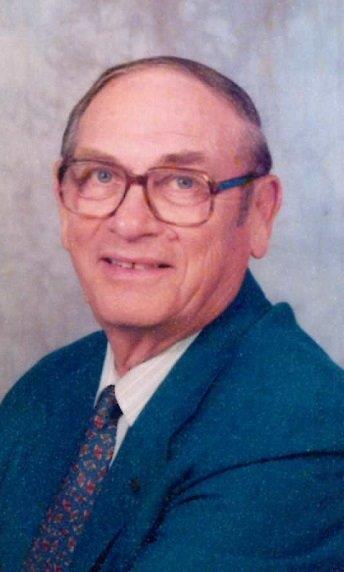 Cecil was born in Parkman, Ohio, son of the late Ralph R. and Rose Kedzuch Bradley. He served in the U.S. Naval Aviation Ordinance Test Group and later attended college and received a degree in Traffic, Transportation and Interstate Commerce Law. He held various positions with transportation including a management position at Texasgulf of Aurora, Everette Truck Line, and C & R Freight of Washington.

In 1977, he married Rita Everette, of Washington, who survives. He loved to speak of Rita changing his life by leading him to the Lord in 1974. Cecil loved the Lord!

Cecil was blessed with musical talent which he used to serve the Lord in churches, revivals and nursing homes. He directed church and choir music for many years at Second Baptist Church, Emmanuel FWB Church, and Faith FWB Church. He was a faithful member of First FWB Church and was distressed when he became homebound and could no longer attend. Cecil enjoyed aviation, obtaining his pilot’s license, and had been a member of the airport commission and the N.C. Air Museum in Asheboro.

Cecil loved his family, and his greatest prayer was for all his loved ones to be saved. He always had a smile that would light up a room and was a wonderful witness for Christ. Rita was the love of his life, their union becoming an example of oneness in marriage.

The family will receive friends at 1 p.m. Tuesday, May 29, 2018, at Paul Funeral Home & Crematory and other times at the home. At 2 p.m., a celebration of his life will be held at a graveside service at Oakdale Cemetery, officiated by Darren Walker and Bruce Kimbrel.

Flowers are appreciated or memorial contributions may be made to First FWB Church, 901 N. Bonner Street, Washington, NC 27889, c/o Darren Walker for the youth missionary program.

Rita Would like to thank everyone who prayed for them and helped them during Cecil’s illness. Very special thanks go to his caregivers, Brenda, Marie and Raymond for being a blessing to Cecil and heartfelt appreciation to her sister Carol, and her brothers, Steve and Larry, for their love and help.