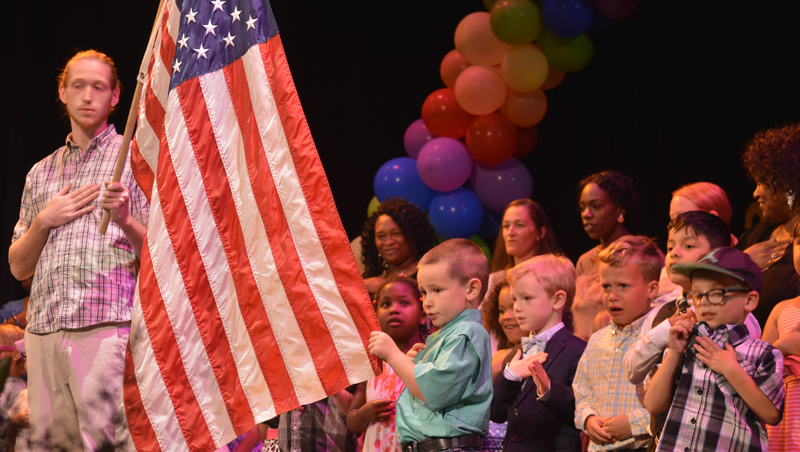 As high school seniors throughout Beaufort County prepare to turn their tassels,

another group of smaller graduates were just as excited about their own graduation Tuesday.

More than 60 students from Care-O-World Early Learning Center walked across the stage at Arts of the Pamlico’s Turnage Theatre, with enthusiastic parents cheering them on. For the learning center, 2018 marks more than 30 years of graduations for preschool-aged children. 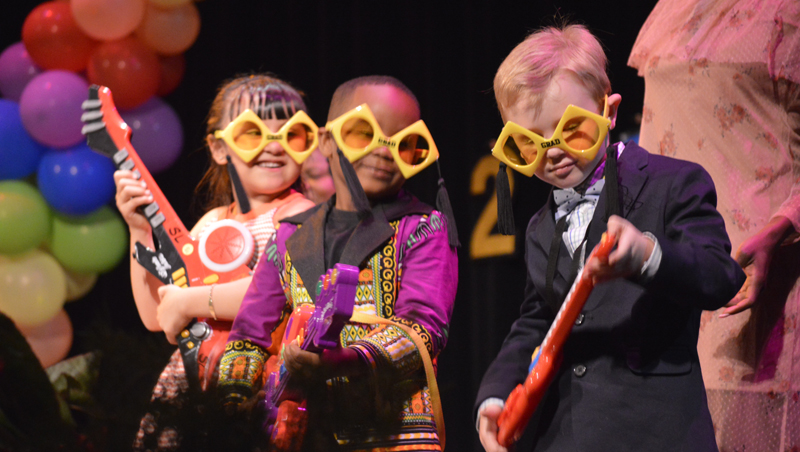 ROCKING OUT: A trio of graduates rocks out during a graduation performance of a blues rendition of the story of “The Three Little Pigs.” (Matt Debnam/Daily News)

“The parents are always proud, and we’re always proud as well,” Care-O-World Executive Director Jason Carrow said. “This year, we have 62 graduates, and they come from both of our facilities in Washington and Chocowinity.”

These Care-O-World students are among hundreds who will enter elementary school as kindergarteners next year, a major milestone for any child. While classes are blended, most of the students are a part of North Carolina’s Pre-Kindergarten program.

As a whole, early childhood learning centers in Beaufort County provide a critical service in helping foster children’s’ development. From birth to age five, children are developing at a rapid rate physically, mentally and emotionally as they explore the world around them. 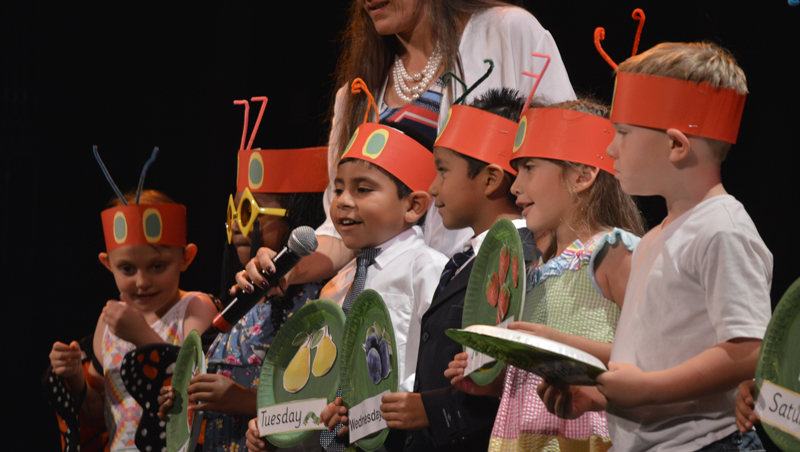 HE WAS STILL HUNGRY: Students tell the story of “The Very Hungry Caterpillar” using paper plates and the power of imagination. (Matt Debnam/Daily News)

According to recent studies from the Brookings Institution, children who participate in a pre-k program are more ready for school than their peers who do not attend pre-k. In general, these children show marked improvement in areas such as literacy and their ability to understand numbers.

Helping children grow since the late 1980s, Care-O-World opened its facility in Washington in 1990. In 2013, the company purchased a second facility in Chocowinity. With a total of 60 full-time staff, the two facilities serve more than 300 children each day.

“We’ve been doing it a long time,” Carrow said.

In addition to daycare for preschool-age students, the center also offers infant care, before- and after-school care and second shift care at its Washington location. For more information on the facility, visit www.careoworld.org. 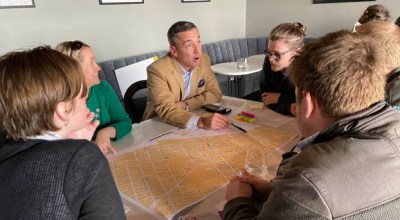 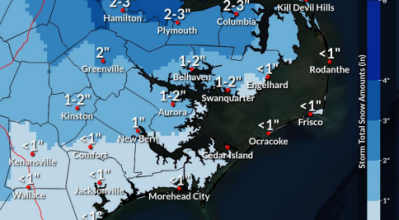 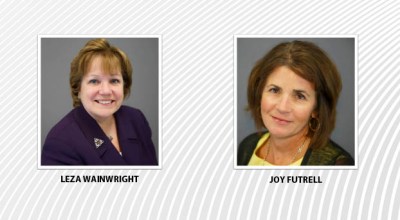